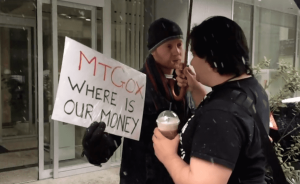 The Mt. Gox fund trustee, Nobuaki Kobayashi, has been granted an extension by a Tokyo Count to submit a fresh proposal as the creditors are unhappy with the earlier one. The deadline has now been pushed until July 1, 2020.

According to Cryptoground, the total amount of Bitcoin [BTC] and Bitcoin [BCH] Cash is 137,891 BTC and BCH each. At the rate of $6500 for BTC and $215 for BCH, it amounts to more than $925 million. According to an earlier report from March 2019, it had more than 141,600 BTC and BCH each. We have asked the relevant parties on details of the reduction, and are waiting to hear from them.

In 2019, the suspect dump for the PlusToken scam nearly $3 billion drove the markets into a bearish channel. Reportedly, Kobayashi sold some $400 million from the trust fund early in 2018 which also created a lot of FUD around price.

Last night Whale Alert posted a public post of an 800 BTC transaction which mentions ‘Mt Gox’ as a part for the name of the address.

However, this is not related to the defunct exchange but linked to the mining pool, F2Pool.

While the sell-off might have been delayed, the clouds of uncertainty due to the settlement continues to linger at large. As reported earlier on CoinGape, even the sell-off before the Coronavirus panic hinted towards Mt. Gox.

Moreover, the dumps from Mt. Gox is likely to occur after halving. In the past, Bitcoin’s price has been bullish post halving. However, the threat of increasing sell pressure from Mt. Gox creditors looms which could push the markets into bears yet again.

Furthermore, reportedly, the creditors are also demanding to be reimbursed in Bitcoin itself, rather than in FIAT which will cause pandemonium in the entire market.

When do you think Mt. Gox exchange settlement is likely to take place? Please share your views with us.