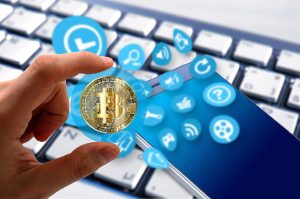 Interestingly, and just 36 days before the shaping event, Bitcoin halving-related searches is on the rise at Google.

Google, the world’s popular search engine, is reliably providing hints of what the general population thinks about the world’s most valuable digital asset subsequently highlighting the significance of this event.

Bitcoin Halving—the Good and the Bad

Every time it is executed, the network readjusts its mining difficulty and slashes the miner rewards by half.

The last time it happened in 2016, weak miners were shaken out as rewards dropped 50 percent to 12.5 BTC per every successfully mined block.

The mining pool, or the heavily invested miner with the latest gear, wins $88,750 worth of Bitcoin if each coin is valued at $7,100.

Disadvantageous for the network, over time, Bitcoin’s transaction confirmation will be gradually under the grip of a few, an anti-thesis for the whole decentralization principle that underpins blockchain.

However, whenever there is a slash in reward, the emission shock that results often leads to a re-pricing, an increment in the underlying asset’s value assuming demand remains the same.

This, for investors, is what is drawing attention and perhaps fueling searches as noted. If history leads, Bitcoin stands to gain and would likely soar above Feb 2020 highs towards $14,000 of June 2019.

But this time, fundamentals are different.

Bitcoin adoption has been on the rise. Judging by the number of merchants accepting BTC as a means of payment, it could be a different ball game. More users are also aware of BTC and cryptocurrencies.

Adoption rate for Bitcoin is growing at an extremely impressive rate. In 2013 there were 1,789 merchants accepting Bitcoin. In Dec 2018 there were 14,346 venues globally accepting BTC, which is a massive 700% rise – indicating that adoption is growing constantly through the years pic.twitter.com/7Tul0Tq58k

The spike in Bitcoin halving searches could also stem from the fact that there is a lock-down in most cities. Pressed with the need to diversify their sources of incomes at the face of job losses and cuts in income, crypto and the financial markets is an option.

With more participation, there is more liquidity, and this minimizes volatility. Unlike in 2016, Bitcoin’s market cap has more than tripled and is now worth billions.

This is a mark of maturity and whether BTC prices have been priced in ahead of halving or not remains a subject of contention.

All the requirements for BTC to now reach ATH have been met. Expect a slow grinding up move accelerating into the halving. BTC appears risky, only because the recent collapse raises unwarranted fears. Purchases can now be safely made with little or no adversity. Just buy it. pic.twitter.com/zc4QJ0ECTv