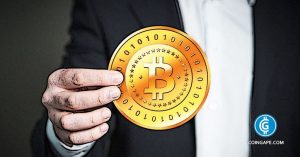 In what has been described as one of the worst released jobless claims reports, worse than even the worst of economists’ predictions, over 6.6 million Americans have lost their jobs due to the effects of COVID-19. This set the overall unemployment rate across the U.S at 10 million in only a fortnight, signaling tough times in the future.

The $6.2 trillion financial stimuli by the U.S. government to boost the economy, is expected to ease the current crunch brought on by the spread of the pandemic but the market is still gloomy.

Research from the Binance Research, the market research, and analysis arm of Binance, confirms that BTC has a slight correlation with the S&P 500 given the volatile periods the two have faced over the past three months.

“Over the first quarter of 2020, Bitcoin’s price was down by -10%, while the S&P500 displayed a -19% return. Their correlation was relatively high (0.57), which is explained by a similar pattern in daily business day returns.”

However, BTC has zero correlation with gold over the past quarter but according to one analyst, this may be changing with the latest boost in BTC’s price past the $6,600 mark.

Analyst: “Bitcoin at a key juncture of decoupling”

According to crypto market analyst, Charles Edwards, the price of BTC/USD is currently at a key moment in a market that signals potential decoupling from stocks. As the stocks face a torrid time dealing with the effects of the pandemic, BTC is slowly regaining its pre-“black Thursday” mojo, turning the $6,600 resistance level to support – a bullish move for the token.

If BTC holds these levels for the next 24hrs, it would be an incredible sign of strength & decoupling. pic.twitter.com/1MDbbBmXi0

If the top crypto is able to hold these levels in the next 24 hours, Edwards believes BTC/USD will be headed to higher levels, decoupling from the stocks ad following gold on an uptrend.