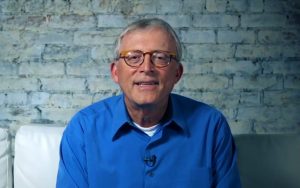 Bitcoin [BTC] price had been trading in a tight range since the last couple of days between 7,475 and $779x. It finally seems to have broken out for the short term parallel range to the upside.

Moreover, the short-term swing trade on the 4-hour has on an uptrend. However, according to leading chart analyst, Tyler D. Coates, there are two implications of the recent price action since the week following the March crash.

First, it predicts a bullish channel with resistance around $8300-$8400 and supports around $7100-$7150. The probability of breaking to the upside is higher given a bullish channel. The confluence of the price at the mid-line mark, suggests a higher inclination to the bullish picture.

XBT/USD 4-Hour Chart (Ascending Channel)However, it comes with the uncertainty of being in an ascending wedge, which is bearish. Coates paints the bear trend as well. If the latter turns out to be true, a break-out to the downside has a higher probability. The price seems to be facing resistance from the upper line of the channel.

Amongst the short-term noise, veteran trader, Peter Brandt, notes that even the best of traders in the space seem to be missing the big picture. He uses the reference from the ancient fable of six-blind-mice. The mice fail to see the elephant because of their view being restricted by huge features like legs resembling a tree. Brandt tweeted,

You are missing the forest from the trees. This is a 28-month coil with the price action most recently being the famous “six-blind-mice signal.” Get with it.

Bitcoin [BTC] Price Analysis: Peter Brandt’s Big Picture (TradingView)Dating back to the ATH in Bitcoin Price, Brandt suggests that the coiling action on a weekly scale finds resistance and support around $9750-$9700 around halving, while the downside is capped around $4300-4,400 towards the end of the year.

Do you Bitcoin will be able to break above the big picture? Please share your views with us.