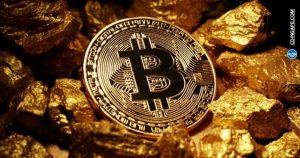 Bitcoin price was compelled to retreat from the highs above $7,000 following a historical fall in the price of oil. The drop comes after an eventful previous week when Bitcoin majestically scaled several levels including $6,800, $7,000 and $7,200. The bulls intended to push the gains towards $8,000 (in a bid to capitalize on a pre-halving rally), however, the price action hit a wall at $7,308 (on Coinbase).

Traditional markets tanked on Monday and the better part of Tuesday following an unexpected plunge in the price of oil; a commodity that has remained profitable for countries lucky enough to have its reserves. The price crash, which hit -37 has been linked to the ongoing Coronavirus pandemic after industrial activities around the world were brought a halt in order to stop the spread of the disease. In other words, oil supply has remained high while demand is near zero.

The fall in oil saw the stocks and futures market topple on Monday following several weeks of recovery from another massive crash in mid-March. Consequently, Bitcoin has in the past heightened its correlation to the stock market; a factor that is worrying most cryptocurrency investors. If the stock market fails to absorb the shock of the drop in oil, Bitcoin is likely to cave in alongside the traditional market.

BTC/USD seems to have found support at the 50-day SMA. Trading above this moving average has in the past resulted in significant recoveries including the rally in May 2019 and the most recent in February 2020. Besides, Bitcoin price has found support above a trendline resistance, which has been very significant to the recovery since the fall on March 12, 2020.

Additional support will come from the 38.2% Fibo with the last swing high of $10,496 and a swing low of $3,874. Consequently, the bulls have already taken position in the driver seat, pulling BTC from the recent low at $6,750. A break above the critical $7,000 coupled with the pre-halving speculation and volatility will not only bring the price above $7,400 but push it closer to $8,000.