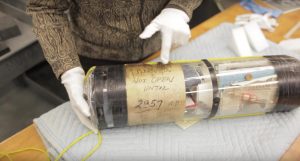 Humankind just faced a huge threat from the epidemic spread of the deadly Coronavirus. As the battle against the virus is still on-going, it not far-fetched to fear apocalypse or global catastrophe in the future.

Github, the U.S. based company and a subsidiary of Microsoft, which allows for hosting of software now plans to safeguard open-source codes for a 1000 years. The GitHub Archive Program plans to store the source code of 250 technology innovations which would essentially define the current civilization to future historians.

These include codes of like Bitcoin, Ethereum, Dogecoin, Lightning Network from the crypto-world. Some of the other features projects include Facebook, Microsoft, Netflix, Python and so on.

The snapshots of many open source technology have been stored 250 meters underground on the Norwegian island of Svalbard, one of the world’s northernmost inhabited areas. The region also hosts the ‘global seed vault’, which stores over 1.5m seeds as insurance against the extinction of certain crops.

As today’s vital code becomes yesterday’s historical curiosity, it may be abandoned, forgotten, or lost. Worse, albeit much less likely, in the case of global catastrophe, we could lose everything stored on modern media in a few generations.

Moreover, apart from the underground vault at the north pole, the company also plans to implement “LOCKSS,” for Lots Of Copies Keeps Stuff Safe. This will involve storing the copies of these open-source codes into multiple locations to ensure a more secure back-up.

What are some of the other ways to back-up code for 1000 years? Please share your views with us.