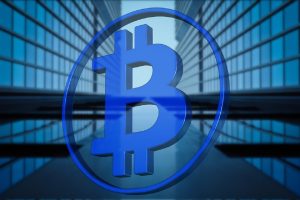 Could this spike in retail users of the top crypto signal a possible bullish run in BTC’s market as we approach the third halving in May?

Topping the list is three huge wallet addresses owned by the top crypto exchanges – Huobi, Bitfinex, and Binance. Huobi exchange currently holds around 255,502 BTC or $1.9 billion worth of BTC.

Bitcoin newbies and retailers are getting into the bandwagon quickly as seen by data collected on Glassnode. The total number of addresses holding at least 0.1 BTC has shot up by 16.1% since last year April. This growth however is not an uncommon fundamental advantage of Bitcoin as the wallets have been increasing since the “2018 user capitulation” in March.

After hitting a yearly low of 2.31 million BTC addresses in Mar 2018, interest from retail customers (who hold less than 1 BTC) shot up reaching a peak of 2.8 million addresses on October 24th, 2019, representing a mammoth 23% increase in 18 months.

Despite Bitcoin prices falling below $3,800 in March this year, the growth of BTC addresses soared even further boosted by 6% from the end of February to today’s all-time highs. The rising number of addresses accumulating greater amounts of BTC is a sign that the adoption of BTC as a store of value is increasing.

Do you think the increasing retail wallets offer a bullish signal for BTC heading to its halving?