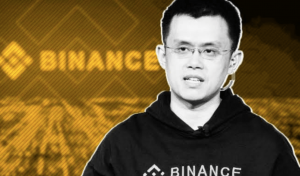 Coinmarketcap, the largest data aggregator in the crypto space, announces its acquisition by Binance in one of the biggest acquis. In the field ever. The “independent partnership” between two of the largest companies in the field is set to increase the adoption rates of crypto globally and improve the quality of data offered across the market.

After unofficial reports surfaced on March 31st, the official report on the Binance acquisition of Coinmarketcap (CMC) is finally released from the official pages of both companies. In the buyoff, the anonymous founder of Conmarketcap, alias Brandon Chez, is set to step down from the top position in the firm and will act in an advisory role to the board.

In a letter to the investors and stakeholders, Chan thanked the contributions of Chez in the company and offered a sense of new direction to the company in the coming years.

“I am excited and honored to have been given the opportunity to lead this great company into our next phase as its interim CEO,” Carylyne wrote in her statement. “In equal measure, I am as anxious as you are about this transition and how we can keep growing CoinMarketCap in a fair, transparent and equitable manner.”

However, the acquisition has faced some backlash from sections of the community who feel the latest acquisition is a control power play of the once independent data aggregator.

According to critics, the purchase of an independent data aggregator by Binance – in a deal reported to rise to $400 million in a cash-plus-stock deal – was highly suspicious given CMC has long been an independent website.

In a response to the skepticism arising from the deal, CZ tweeted saying the two companies are expected to work independently as stated in the letter to users.

The 2 most popular platforms in crypto will join hands but run independently. AMA tomorrow. Will satisfy any curiousities about this. @binance @CoinMarketCap https://t.co/5Ec5gmrHMv

Coinmarketcap is expected to continue following its ranking methodology, liquidity and supply metrics maintaining a prudent aggregator for all listed tokens. The statement reads,

“CoinMarketCap will continue to be run independently, as an independent entity, from Binance.”