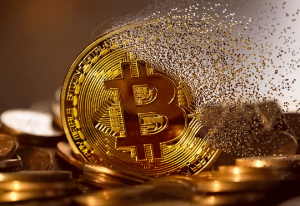 Bitcoin (BTC) bulls failed to breach price past key resistance level at $6,400 USD signaling a possible reversal towards the $5,400 support level in coming days. In a largely uneventful weekend so far, bulls failure to re-capture the all-important $6,400 resistance level on the weekly charts provides a major selling signal on BTC/USD pair.

BTC/USD pair has had its problems in correlation with the rise of COVID-19 virus – dipping from yearly highs of $10,000 USD earlier in the year. Currently, the pair is trading in a sideways movement at $6,287 USD after bouncing off the $6,400-$6,500 USD resistance region.

3/ From a market perspective, here’s the opportunity as I see it:

If global markets freak out again, then there are any number of lows in the $5000s, $4000s and $3000s that $BTC could reach. Other #cryptoassets would test their own lows.

On the 4H-charts, the 50-day moving average (MA) is on the verge of crossing the 200-MA line, forming a death cross, which provides a bearish signal if pattern is completed. Furthermore, the relative strength index is oscillating in a bearish trajectory at 57, with a cross below the middle line signaling a selling market.

Bitcoin set to test the $5,400 USD region before bounce

The current rise in BTC’s price (after recent Black Thursday crash) is setting a skeptical mode across the industry as analysts expect the price to dip further. Failure to cross the key $6,400 USD level, has seen analysts turn bearish with the $5,500 USD support level a common view across a number of them.

“Having its problems with the $6,400 level already,” Michael Crypto wrote. “There’s still two scenario’s that I’m watching. Either we’ve got a fake rally and make a [lower high] LH here, through which we test the $5,280-5,400 level for support.”

However, there are signs of BTC/USD continuing its bullish run in the coming days as the daily MACD forms a golden cross and its histogram turns green. A completion of the golden cross may set the coin back into the $8,000 USD region. Michael continues,

“Or we break up and take the highs and do the same. “