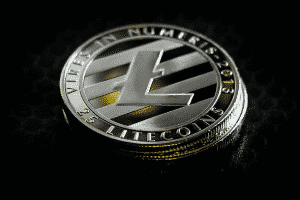 Litecoin creator, Charlie Lee and lead developer working on Extended Block (EB) and MimbleWimble (MW) target the ‘end of summer’ for the launch of the protocols. The leading developer team of the cryptocurrency is driven towards adding fungibility and privacy via a soft-fork.

As reported earlier on CoinGape, the Litecoin Foundation has appointed David Burkett as the leading developer of the EB/MW protocol. Burkett is the creator of Grin++ cryptocurrencies and is currently working on both of them, as the developments are similar.

In the update for the month of February Burkett releases the Litecoin Improvement Protocol (LIP) for one-sided transactions. This will enable MimbleWimble to work when only the sender is online and also provide ‘on-chain payment proofs’.

Nevertheless, the deadlines for public roll-out of the protocol have not been decided yet. A ‘usable’ LTC with the updated protocol is still down the line. Burkett notes,

This will include all block & tx validation rules, basic p2p messaging, transaction pool, syncing, and the ability to mine blocks. He added,

This will NOT include a usable GUI wallet for casual users to test it out. Transactions will likely need to be created manually at first, or via a cli or automated tool.

Last but not the least, the project is ‘community funded’ and is likely to face a short fall. Apart from the initial donations to the project, in January only 2.683887 LTC was received in the fund. About $37,500 dollars have been donated in total with a negative payout of $18,000 for first three months; the target is $72000 for the year.

The tentative launch of the testnet is around August, after which the team will be pushing for public launch by the end of year.

With the two testnet launch planned for this year, LTC is heading one step closer to function as ‘traditional money.’ However, while the team is looking to comply with all it’s features, volatility in price remains to be a key hurdle to adoption.

Do you think network effect in Litecoin would favor its’ adoption as money? Please share your views with us.