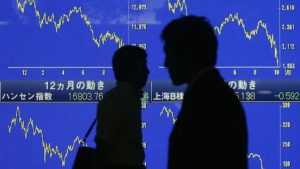 As the world panics and the US FED, the Bank of England (BoE), and the European Central Bank (ECB) lead a host of other central banks in slashing interest rates to near zero and announcing stimulus packages, Bitcoin remains as it this: unflinching and reliable as ever. However, analysts argue that price recovery will likely be short-lived.

The recent announcement by the FED and the BoE will not affect the parameters of the most valuable and the most popular digital currency.

Yesterday, the FED said it will buy commercial papers from banks and corporations.

FED and Bank of England Intervene

Corporations are under duress and medium term revenue projections are grim. They can’t also issue commercial papers for their immediate requirements and for payrolls.

Meanwhile, money market funds are looking to dump their commercial paper stash and the FED stepped in to salvage the situation.

The BoE is also towing, and today; they announced another wave of QE to shield a weak economy, ravaged by the negative winds of Brexit.

The new BoE chair, Andrew Bailey, said coronavirus presents an unprecedented economic emergency and the central bank will do everything in their power even if it means printing money and handing them to households.

“It’s obviously an emergency, it’s a very serious situation. I think we’re living in completely unparalleled times in terms of what’s happened in the last week – the closing of borders, the reduction of internal movement, the measures that preventing people from going about their daily lives, with good reason. All that of course has an effect on the economy and we’ve seen this, it’s manifest all around us.”

Some of these interventionist measures include a £10,000 to £700,000 grants to small businesses and a three-month mortgage holiday for those impacted by coronavirus.

Moreover, there is a business interruption loan of up £5 million without interest in the first six months.

Bitcoin will do the Opposite: Halve

Meanwhile, COVID-19 is proving to be the ultimate anti-fragility test for Bitcoin.

You can’t fully understand how antifragile #Bitcoin is until you see it go through a period like this- juxtaposed against such obviously rickety financial markets.

In the next few weeks, the number of coins rewarded to miners will be slashed by half to around 6.25 BTC. This will create an emission shock, another contention for BTC to over time competes with gold as a preferred store of value.

#Bitcoin’s governor just called and confirmed that we are sticking with the hard 21 million supply cap. Unlike the Bank of England, ECB, Fed and other central banks around the world… pic.twitter.com/2f2ePO5vVO

Still, it will remain to be seen whether BTC recovery will be sustained. Some analysts are adamant that prices may rise briefly and tank to $4,200 in future sessions before bottoming up.