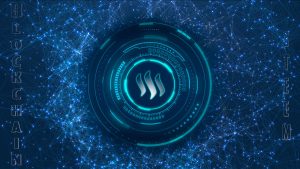 Ethereum co-founder, Vitalik Buterin, believes the success of the current hard fork planned on Steem blockchain will be a big win for the decentralized community. Buterin hopes the community vote for and grow the “Hive.io” platform at the expense of Justin Sun, Tron Foundation CEO – a big competitor against Ethereum – who purchased a big stake of Steem tokens alongside Steemit.

Over the years, the community had an unsaid rule of not touching the ninja minted stake, only to be used in cases of developing the blockchain. However, once Justin got hold of the tokens, the community did not trust he would follow through the promise which started the feud.

Since then the community tried to carry out a soft fork to block Sun from using the tokens in matters of governance. Sun responded by partnering with Binance and Huobi to try to stop the vote (a move to which both exchanges have apologized and withdrawn their vote).

The community are tired of fighting Sun it seems. According to a blog post posted by one of the top witnesses (similar to miners on Bitcoin) on STEEM, Blocktrades, part of the community wants out. The community is planning a hardfork – Hive – to exclude Justin’s coins from the new chain while changing some of the governance protocols.

“The initial Hive launch will be a direct copy of existing blockchain with a few small upgrades, which will allow us to get back to community discussion on the direction for future development, needed changes, and most wanted chain-level features.”

This is the action that has prompted one of the fiercest rivals of Justin Sun to rally the STEEM community towards adopting the Hive hard fork. Vitalik, the founder of Ethereum, wrote on Twitter,

This seems like a potential positive watershed moment in the history of blockchain governance. If Hive (the fork) overtakes Steem it would be a strong demonstration that the community is in charge and cannot be bought.

However, a crypto analyst, Micah Zolta, disagrees with the action of excluding Sun’s coins from the fork dubbing it “stealing”. He wrote,

“While I certainly don’t agree with everything Justin Sun does, this idea that “well, we’ll just use this mechanism to take money away from bad guys” is exactly how civil forfeiture started and now it is a tool of existing governance systems used for robbing people.”