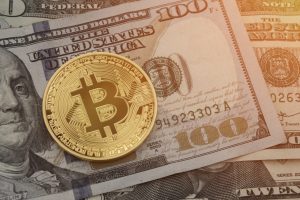 The Federal Reserve has announced rate cuts in a bid to boost the overall stock market following the effect of the corona virus effect that saw the stock market face its worst week since the global financial crisis in 2008. The Fed made the emergency rate on Tuesday, cutting down the rate by 50 basis points (bps), half a percent, also the largest move of its nature since December 2008.

According to authorities, the move is set to ease the effects of the Corona Virus and boost growth of the stock market which plummeted over 9% from al-time highs. The Fed wrote in a statement,

“The coronavirus poses evolving risks to economic activity. In light of these risks and in support of achieving its maximum employment and price stability goals, the [Fed] decided today to lower the target range for the federal funds rate by 1/2 percentage point.”

As the rates are lowered, money is injected in the economy setting investors on a buying spree on several assets with the S&P 500 expected to be the biggest beneficiary. Safe haven assets such as gold and other precious metals are also a popular choice and with the price of Bitcoin on a spike through 2020, a number of investors may look towards the digital assets.

Can the Fed rate cut boost the price of BTC towards the elusive $9,000 resistance?

As the financial world continues to bleed from the effects of the NCOVID-19 virus across the globe, investors are focusing on buying safe haven assets. Gold, the favorite safe haven asset, has grown to nine-year highs through 2019, gaining over 5% during the period. However, during the same period, Bitcoin has gained over 30% to trade at $8,700 USD, as at time of writing.

Furthermore, with only 10,000 or less blocks to go before the halving BTC, a reduction in supply of the coins offers a bullish stance for the crypto.

Can the free cash flowing into U.S economy move into Bitcoin in the near future?