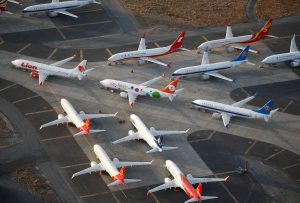 Buying and adding to longs at $5,000 was an incredible opportunity to accumulate Bitcoin (BTC). This is the opinion of one trader and HODLer.

His comments is when the most valuable asset seems to turn around the corner after falling to lows of $3,800 mid last week.

It is also when governments and central banks are aggressive in their plans to save their respective economy through damaging but inevitable QE programs and bailouts.

Bailouts and Unemployment in the United States

In the United States, the government plans to bailout airlines who may be bankrupted in the face of COVID-19 crisis but remains one of the largest employers in the country despite backlash from commentators.

These corporations, they argue, were involved in stock buybacks where they spent hundreds of millions of dollars instead of funneling them to salary increment and other self-preservative programs.

“Boeing, the company that cut corners, to maximize profits, when making an airplane that kept crashing repeatedly killing hundreds and hundreds of passengers? That Boeing.”

Boeing, the company that cut corners, to maximize profits, when making an airplane that kept crashing repeatedly killing hundreds and hundreds of passengers? That Boeing.

With coronavirus crisis on their face, Senators Marco Rubio, Republican of Florida, who doubles up as the chairman of the committee on small businesses, and Susan Collins, Republican of Maine, are nonetheless adamant that this is necessary.

“There is broad general agreement that small businesses in this country will not be able to survive unless there is extraordinary assistance. The goal is to keep employees connected to their employers, so that people aren’t just having to stay home and aren’t just feeling the stress of being laid off, but the uncertainty of whether they’ll even have a job to go back to.”

A Strong Bullish Case for Bitcoin

Combined with expected unemployment in coming days, high inflation, and financial difficulties by retailers as they lose jobs or exhaust their savings, odds are, value retaining assets—despite their high volatility, will rally.

Therefore, when prices dipped to $3,800 causing billions in liquidations, an opportunity was presented for savvy traders planning to hold for at least 1 year:

“For an investment with a time horizon greater than 1 year, I think buying Bitcoin at $5,000 is incredibly attractive. I would never give you financial advice though.”

For an investment with a time horizon greater than 1 year, I think buying Bitcoin at $5,000 is incredibly attractive.

I would never give you financial advice though…