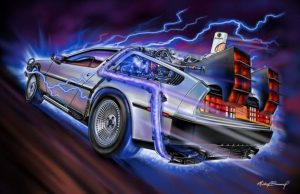 Crypto-community not only in India, but also all over the world rejoices at the Indian Apex Court’s decision to allow banking services to cryptocurrency businesses.

As reported on CoinGape in 2018, the announcement of the ban on 5th April 2018 came as a shocker for the entire industry. The ban was an arbitrary decision taken by the Central Bank, and as confirmed by the Supreme Court yesterday, unconstitutional.

It has been a long fight led by the Internet and Mobile Association of India (IMAI); backed by not only exchange owners and investors, but also MPs in the Parliament. A lot has changed since then.

20 months is a long span in the Bitcoin and cryptocurrency markets.  In retrospect, price-wise the break probably avoided the losses in the altcoin markets. However, the businesses in the country also missed the progress made during this phase.

Facebook along with 27 leading FinTech firms including MasterCard, PayPal, Uber, Vodafone, eBay, and so on, announced plans to use a ‘basket of FIAT currency’ – Libra for virtual payments.

It was one of the leading factors of the crypto bull run in early 2019 after Facebook made the announcement in June 2019.

The social media giant attempted to dominate the payments industry using a ‘stablecoin.’ Libra’s design was to create a new asset by adding multiple FIAT currencies (USD, EUR, JPY) into the mix to give it stability.

However, the plans met with a lot of resistance from Governments all-around the world. Faceook’s founder Mark Zukerberg and David Marcus, formally with PayPal and the head of the Libra Association, were even called before the US Senate House to brief them on the plans.

Eventually, the Governments in the US, Europe, Japan and so on shunned the project on the grounds that monetary power must reside with the Central Banks, not private companies, especially Facebook.

The positives that Indians probably missed out were the institutional changes around Bitcoin. The growth of the derivatives market and institutional custody markets during this period has been a positive force to reckon with.

The much awaited Bakkt, a regulated exchange which provides physical delivery of Bitcoin, finally came into existence as well. LedgerX, TD Ameritrade, ErisX, Coinshares were some of the other regulated firms that adopted Bitcoin and a few other cryptocurrencies.

Leading custody platforms like Gemini and Coinbase Custody along with Fidelity obtained licenses and permission from regulators in Europe and the US. Especially from the New York State Department of Financial Services (NYDFS), the most stringent of them all.

Trust funds led by Greyscale and VanEck brought the markets one step came closer to an ETF. However, an approval on that from the SEC is still pending.

Nevetheless, Bitcoin and cryptocurrency markets have also been riddled with scams, and exchange hacks. Due to the comparatively small market cap, the bad players have considerable effect on the market. During the ban, the markets lost over $5 billion in hacks, scams and other mis-happenings.

According to a research report, in Q1 of 2019 alone about $1.2 billion worth cryptocurrencies fell into the scams. It began with the revelation of the Bitcoins lost in the QuadrigaCX after the suspicious death of it’s owner.

In India itself, a crime ring horribly gone wrong apparently led to a loss of 6000 BTC forever. Moreover, later in Q2 and Q3 2019, the PlusToken scam amounting to around $3 billion dominated the price action in the markets.

Most recently, the Fcoin scam by it’s founders was the most blatant one which grabbed the attention of the community.

Nevertheless, as far as price is concerned, not much has changed with respect to Bitcoin, although, w.r.t. price sentiments – plenty.

The price range from time of the announcement to the actual ban, when the Indian crypto businesses were essentially asked to close shop, is similar to the price range today. The high and low during that period was at $10,000 and $5,800.

However, after the ban imposition, the traders avoided/missed the bear market of 2018 where prices fell to lows at $3,150.

Lately, the price of Bitcoin has been in the $8500-$9,500 range testing support and resistance for an uptrend before halving. Bitcoin Halving is the next big event which is a strong fundamental factor for the market at the moment.

Furthermore, altcoins have lost a lot of value since then. E.g. Ethereum and XRP are around down more than 70% from the highs during the period. Investing in altcoins can be highly profitable. However, the associated risk with is still high at comparatively lower prices.

Last but note the least, Bitcoin has gained significance as an uncorrelated, safe-haven asset. While the jury is still out on that, the price action in Bitcoin during global events like US-China Trade War, Hong-Kong protests, US-Iran conflict and now, Coronavirus has been notable.

How do you think the 1.2 billion citizens of India can bring a change to crypto markets? Please share your views with us.