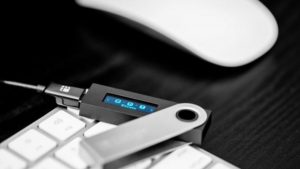 In the early morning hours on Saturday, a post on Reddit by Lean Nekera, a UK citizen diagnosed with COVID-19, confirmed she and her husband lost about 14,800 XRP (approx. $2,500 at current rates) by using a Ledger extension on Chrome browser. Some of the community members however noticed a mistake from the couple leading to a frenzy of replies to the post, with over 60 comments so far on the post.

According to Lean, she transferred the amount of XRP’s from her offline Ledger wallet to the Chrome browser extension, which has previously been labeled a scam by several analysts. She writes,

“The only ledger extension on the Chrome store is one by the name of “Ledger Wallet” or “Ledger Live”. It claims to be from Ledger.com ® or Ledger Official ® and for all intents and purposes looks legitimate.”

While the app is currently not functioning, blips of the extension re-appearing on the Chrome app store has seen more investors get scammed since 2018. Here is how it happens.

Once you’ve downloaded the extension, you’re prompted to select your hardware wallet version and asked to enter your full passphrases (in short, ceding your private key to the third party extension). Lean wrote,

“I sat there typing each keyword out, double checking each one and not once did I think that this app wasn’t legitimate. I feel so very stupid.”

Over 1.4 million XRP lost to Chrome extension in March

According to Lean over 14,889 XRP vanished from her account once she entered the passphrases. She wrote,

“As I started to look into transferring the small amount of XRP I had recouped that morning, out of the corner of my eye, I watched as 14,889.740739 XRP vanished from our account. The entire process took less than 8 minutes.”

The whale-ish nature of the wallet account that stole the tokens, however, raises suspicion. Currently holding over 14 million XRP tokens (approx. $2.5 million), the account has seen large transactions in the past few days, which are touted to be from the scam.

She has since reported the theft to relevant authorities including Ripple, FBI and the local U.K. fraud department.

According to research published by XRP Forensics on Twitter, this account has scammed unknowing investors over 1.4 million XRP in the past month alone.