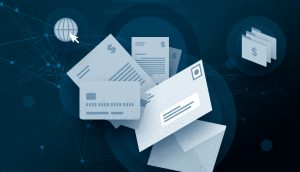 In the last trading day, BTC holders are definitely feeling the pinch and most are already panic selling.

But there could be many reasons for holding than panic selling.

First, the crypto scene is littered with talk that Bitcoin is dragging the market down with it because of PlusToken scammers liquidating their ill-gotten coins in different exchanges.

They have over $2 billion worth of Bitcoin, Ethereum, USDT, and OMG in their control. Worse, several Chinese exchanges listed their token, PLUS.

Their liquidation is terrible for the crypto market, as Chainalysis highlighted:

“While we tracked $2 billion worth of various cryptocurrencies that victims sent to the PlusToken scammers, some of that money was paid out to early investors, presumably to maintain the illusion of high returns while PlusToken presented itself as a legitimate company.”

“Given this analysis and the effects we’ve observed so far, liquidations of large amounts of illicitly obtained funds are likely to drive down the price of cryptocurrencies.”

The latest tranche, analysts say, was a $108 million sell order that was split and sent to different exchanges for liquidation.

Like any other ordinary market, laws of supply and demand kicks in.

Because of flooding supply, BTC prices readjusted lower causing prices to fall below $8,000 and now it is likely that prices may crater to $7,300—or worse.

The dump was artificial, created by the PlusToken scam

Add this to the general expectation of the community. Halving is less than 60 days away and the impending emission shock is what’s keeping miners away from the market.

Sats are on sale boys, we have two months until the halving

You best be stacking. I am. This is where rubber meets the road and where the men are separated from the boys. Be thankful you get to participate in this moment in market history. #Bitcoin is about to rock the world

Bitcoin price is a big profit determinant and if there will be less of BTCs after halving per block and prices edge higher, it is only makes sense for them for them to hold, endure the draw-down, but maintain a bullish outlook.

But it isn’t Bitcoin miners alone, the same analogy holds true for Bitcoin traders and investors. HODL through thick and thin, even if prices fall.

These bullish undertones, however, depend on how governments react to arrest coronavirus. There are over 500 deaths in the United States and the flue-like disease has Italy, a European powerhouse, at a halt.

This is negative, and the same restrictive measures—closures of schools for example, may be extended to the US. It’s a preventative measure, and it working in China at a huge cost.

With China under lock down, tech stocks are free falling, and it is likely that central banks, pushed against the wall, may continue slashing rates.

Corona virus is the needle that will pop the economic bubble facilitated by central banks. In the process of understanding what went wrong, people will eventually find out about #bitcoin and its valuable attributes. As @IvanOnTech says, central banks are rocket fuel for #crypto.

If they do, the result may end up supporting BTC in the medium term though the USD, being a reserve currency and a safe haven in the face of adversity, may also benefit.