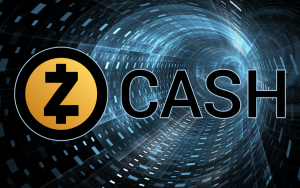 ZCash (ZEC) soars over 10% in a day following the new proposal agreement to allocate 80% of the rewards to miners. The privacy based coin currently trades at $65.20 USD, ranking 26th on Coinmarketcap rankings.

As the market retraces from the obscure buying level, ZCash (ZEC), a privacy based crypto token, has seen its price spike over 10% in a day as the community passed the ZCash Improvement Protocol (ZIP 1014). On Feb. 17, the crypto’s community passed the new proposal, which aims to allocate 80 percent of Zcash (ZEC) issuance to miners.

Hitting an intraday low of $55.04 USD on Monday, the price of ZEC spiked to $66.15 USD following the announcement, representing 20% increase through the course of the day. The price has since retraced to $65.20 USD.

After a year or so deliberating and debating, the ZIP 1014 proposal finally passed offering new developments on the ZCash protocol. According to the proposal, ZIP 1014 will take effect after the block rewarding in November changing the distribution model of block rewards.

In the new protocol rules, miners will receive 80% of the block rewards, with 5 percent of the issued tokens going to the ZCash Foundation for development support, 7% of the block rewards sent to the Electric Coin Company (ECC) – a company that is part of the core development of ZCash – and the rest being set aside for grants and bounties for third party developers working on the blockchain.

Once the changes are implemented, any chain that does not support the proposal will effectively split from the main chain with “ZCash” referring to the blockchain that adopts the proposal.

The 10% rise in ZEC’s price, following the ZIP 1014 proposal successful voting, may just be the start of a bursting move as the actual implementation awaits in November 2020. Looking at the weekly charts, the token broke its two-year long bearish trend in mid- January, with a golden cross forming as the long term MA crosses the short term MA.

The fundamentals look good for the token and technical indicators promises a bullish momentum in the long term. Can ZEC breach its $100-projection once the halving occurs in November 2020?