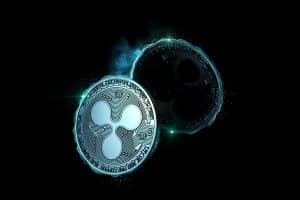 XRP lost over 2% in the past day but bulls remain in charge of the market as possibilities of breaching $0.300 USD becomes clearer.

XRP is balancing lightly on the $0.2540 USD resistance with a bullish view to breach $0.30 USD in the coming days. Bouncing off near term support provided by the middle line of the daily Bollinger bands at $0.2280 USD further shows a possibility to breach the psychological resistance at $0.3000 USD. Can bulls pressure the selling traders off the markets?

XRP/USD slightly drops by 2.96% from intraday highs as bulls failed to breach key resistance at $0.2500 USD. The third largest cryptocurrency currently trades at $0.2300 USD, with a total market cap of $10.4 billion. The price represents a sustained sideways trading momentum in the market since breaking the $0.2000 USD mark at the start of the month.

Looking at the daily XRP/USD charts, the price of the third largest crypto asset looks set to breach the $0.300 USD mark in the coming days leading to Bitcoin’s halving in May. The 20-day Bollinger bands provides a nice support/resistance level in the near term as bulls strengthen their hold on the market.

Since dropping to intraday lows of $0.22900 USD on Friday, a price that saw the token hit a key near term resistance provided by the 20-day BB middle band, the price appreciated to highs of $0.2440 USD on Saturday in the early Asian trading hours before reversing to settle at $0.2300 USD, as at time of writing.

Bulls on a target to $0.30 despite short reversal

The market is gradually turning into an altseason as the top altcoins gain handsomely against the dollar and Bitcoin (BTC) since the start of January. While XRP has gained a whole lot against the dollar –registering a 21% increase since January 1st – the returns on the top cryptocurrency have not been as pleasing as the digital asset lost 5.8% against BTC in the same period.

Definitely liking cripple here $xrp #XRParmy rise up from the dead for a quick pump pic.twitter.com/Wh7Mmm6sc7

However, the market seems ready for a major move (on either side) in the coming weeks as the Bollinger Bands narrows in on price on the XRP/USD daily charts. The moving average convergence divergence (MACD) has formed a golden cross on the longer period charts signaling a possible bullish run in the coming days. If price breaks above the key resistance at $0.25 USD then bulls should be ready for a fair market in the coming weeks – $0.3000 USD is very possible.