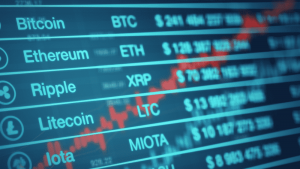 Ripple’s XRP led the alt-season and crypto bubble of 2017. While the ICO bubble in Ethereum hyped the market to astronomical highs, XRP was the highest gainer.

We at BitMEX are proud to announce that trading of a new perpetual swap on the XRP token (XRPUSD) will begin at 0400 UTC on 5 February 2020.

The added liquidity from one of the largest derivatives exchanges is expected to bring more volatility in the price of XRP.

Put Your Money your Mouth Is

The derivatives contract gives an opportunity to naysayers to short XRP as well. There are many within the crypto space including the CEO of BitMEX, Arthur Hayes who doesn’t believe in the value of ‘XRP’ or altcoins altogether. He tweeted,

“Is it called Ripple, XRP, or dogshit? Who knows, who cares. It’s worth more than zero so it’s time to trade the USD pair on BitMEX. Boo-Yaka-sha!”

“ With the liquidity on the futures exchanges, you can get in and out of million dollar positions within minutes… You don’t need to hold these coins, if you’re a trader. “

Moreover, an asset never ceases to exist or reach zero dollar valuation. Over time, the liquidity in the asset dries up to near zero values, making it non-existent at the last traded price. Hence, the fact that liquidity is increasing for these assets increases the probability of gains.

Even Willy Woo is a Bitcoin maximalists and classifies altcoins as ‘sh*tcoins’.

Nevertheless, he also notes, there are some altcoins which have been around for sometime now, with oscillator characteristics which might be primed for gains over BTC as well.

Do you think alt-season can ensure again? Please share your views with us.