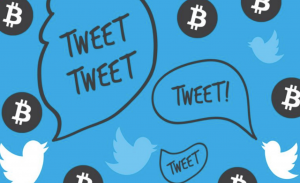 After more than 2,800 retweets, Twitter has finally done it. Jack Dorsey and his team have honored the request of the people and released a Bitcoin Emoji. The idea was first floated by popular analyst and Bitcoin evangelist, Anthony Ponpliano last year. It soon gained traction with the crypto community. Dorsey, a big fan of Bitcoin, has held his own as Twitter finally released the Bitcoin emoji today.

On October 29, 2019, co-founder of Morgan Creek Digital, Anthony “Pomp” Pompliano sent out a Tweet to Jack Dorsey compelling him and his team to create a Bitcoin emoji.

Retweet if you think @jack and team should make it happen!

His urge to the crypto community did not go unnoticed. The tweet, in the months that followed, gained more than 2,800 retweets. Now after six months, Twitter has done it.

Will other top social media platforms follow? Perhaps Facebook. This is a possibility since Zuckerberg is currently trying to get to the digital currencies industry. His project, Libra, whose claim as a “Bitcoin killer” has recently become laughable, is struggling at the moment with regulatory issues and key partners bailing.

Jack’s acknowledgment of the crypto community has come as no surprise. In the last year, he has been vocal about his support of the revolutionary currency. He has in fact admitted than he holds Bitcoin. His support of Bitcoin has seen him quickly become a favorite with Bitcoin investors.

In the past, he has gotten the world engaged and talking about Bitcoin. Once again he has done it. Twitter is buzzing with talk of the Bitcoin emoji. A correlation has been drawn by analysts that this sought of engagement has seen prices soar. Many analysts, influencers and investors are calling for higher engagement with the goal of getting Bitcoin trending. This could propel an already well-performing BTC to reach previous highs.

In the markets, Bitcoin looks ready to break above and climb above the $9,500 resistance. The market is set to go into the week strong with a rally getting underway. Ethereum which seems to have triggered the wider market rally is surging by more than 5% and is well on its way to hitting $200.