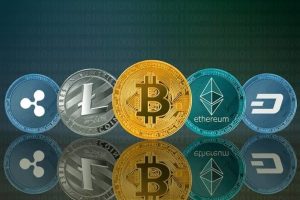 The cryptocurrency market has been on a roll in the past month as altcoins showed signs to start an all-season as every top crypto gained handsomely over the last seven days. According to data on Coingecko data, a number of altcoins outperformed Bitcoin in this period, as bulls look forward to a sustained uptrend heading into Bitcoin halving period. As January comes to an end, closing out the first month of 2020, we look back at the best performing cryptocurrencies

As liquidity is a key metric to look at when trading cryptocurrencies we narrowed the list to include only the top 30 coins in liquidity. The five best-performing coins in the past week include Ethereum Classic (ETC), Bitcoin SV (BSV), Dash (DASH), ZCash (ZEC) and Litecoin (LTC), which saw a 20% gain in the past 48 hours.

Here are your top 5 cryptocurrencies in the past month

Across the top 10 coins by market cap, Litecoin (LTC) is the best performer in the past 48 hours as the seventh largest coin touched key resistance at $70 after a sharp 20% increase in price in a day. The price of LTC has since dipped slightly to $67.00 USD, as at time of writing, easing the bulls pressure as near term indicators indicate a reversal before buying continues.

The sharp spike in LTC’s price in the past 24 hours has seen the “Bitcoin-lite” token record a 62.5% soar in the past month.

The 25th largest coin in market capitalization, ZCash (ZEC), a privacy enabled cryptocurrency, enters the list in the fourth position after a 132% spike in price in the past month. The price of ZEC stands at $63.54, representing a 6.7% drop in the past 24 hours, as the community voted to distribute 20% of the mining reward on to an infrastructure development fund.

The privacy coin is ending its two-year downturn –similar to many altcoins – and a spike to $80 USD resistance area is looking very much alive.

What was once considered a dead fork of Ethereum is alive and kicking once again after a successful month of January 2020. The month started off with a successful Agartha hard fork on the blockchain boosting the “original Ethereum” by 145% in the past month.

ETC currently trades at $10.99 USD, representing 8% decrease over the past 24 hours. The crypto’s hashrate recently hit an all-time as the coin hit $12 USD.

In second place enters Digital Cash, aka Dash, which has broken the charts in the past fortnight as the price spike over 180% in the past month. Over the past month Dash has witnessed increased adoption rates in South America and Latin America; Mexico ATMs have accepted Dash withdrawals in over 11,000 locations across the country. The demand for Dash is set to boost further as the privacy-enabled crypto continues to show positive reviews in economically straining countries.

The most Impressive altcoin in January 2020 has to be Bitcoin SV (BSV), which hit an all-time high of $438 USD around 17 days ago. The Bitcoin hard fork is currently trading at 271 USD across the major exchanges, representing a 181% spike in the past month.

The spike in Bitcoin SV price was heavily linked to Craig Wright’s “Tulip III” paper which was expected to provide proof that he is Satoshi, creator of Bitcoin.

With the number of altcoins registering triple-digit gains at a high, an altcoin season looks very possible by the end of 2020.

The post Top 5 Performing Cryptocurrency In Jan 2020: Ethereum Classic, Litecoin, Bitcoin SV are Among them appeared first on Coingape.