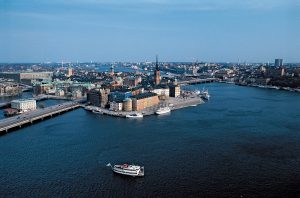 Countries all over the world are looking into the launch of a Central Bank Digital Currency. Chia has been leading this movement. Or so we thought. While everyone’s eyes were focused on China. Sweden has been forging ahead. Sweden’s Riksbank has now come out to confirm that they are beginning the test of what is the first Central Bank Digital Currency to be run on blockchain technology.

e-krona “as easy as sending a text,”

The rise of digital currencies as we reported yesterday has prompted governments all over the world to re-evaluate their currencies. Most have come up with Central Bank Digital Currencies (CBDCs). This is traditional money but in digital form. Already, Venezuela has the Petro and as we reported Brazil is also launching PIX.

China, as has been extensively covered is still in the works. Most recently the US FED announced it was looking into digitizing the dollar to keep up with changing trends.

Sweden is joining the pack and by how forward it is, one can say they have been ahead and are now leading the pack. The digital currency dubbed e-krona is expected to make it easy to make banking transactions such as withdrawals, deposits, and transfers from a mobile wallet. The Riksbank note that it wants e-krona to be “as easy as sending a text.”

Risksback has confirmed that it is working to develop the currency with consulting firm Accenture. Accenture is set to develop and issue the pilot in what could be in an isolated environment. The pilot will run until February 2021.

“The aim of the project is to show how an e-krona could be used by the general public,”

Notably, Sweden was one of a number of countries including Britain, Japan, and Switzerland which met to discuss the case of issuing a CBDC. With Sweden now launching their own, the meeting must have been a positive one. So, can we expect other countries to follow the same trend?

Adoption Will Be Quick

As one of the most developed countries, Sweden is among the less cash-dependent countries. According to Reuters, in 2018, only 1% of its GDP existed in Banknotes. This was significantly lower compared to the US at 8%, Britain at 4% and 11% in the eurozone.

Adoption is, therefore, going to be high in the country with already people accustomed to digital forms of payment.

While the new CBDC launch might undermine traditional cryptocurrencies such as Bitcoin, it is a step forward as millions are exposed to the revolutionary financial system.