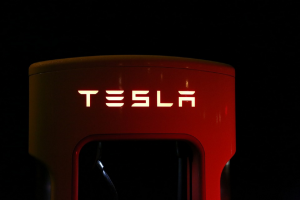 For the last week, there has been a lot of talk about Tesla. And for good reason. While most stocks in the U.S were suffering, Tesla has been soaring. The car maker’s stock has reached $900 after soaring by 30% in two days. This is now slowing with the stock now set to retrace. The smart money is beginning to move from the electric carmaker and to Bitcoin. Bitcoin is now once again surging as the new money trickles in.

Tesla’s phenomenal volatility in the last few days is only marched by the crypto market. In the few days, Tesla’s worth has become more than that of General Motors, Ford and Fiat Chrysler (combined), companies that have been long existent before it. This by any measure shows that Tesla is being overvalued. Just like in the crypto market, many analysts are predicting that the latest rally is a bubble that will inevitably burst.

The move from Tesla to Bitcoin has been evident to a number of analysts.

Looks like people are selling Tesla and buying Bitcoin today!

As of today, signs of this have been evident. Premarket, Tesla was down by 3%. A further retracement is expected. This comes as the electric car manufacturer announces a delay in Model 3 deliveries in China. This understandably, this is because of the Coronavirus epidemic.

This change already has top investors and influencers betting against Musk’s car company.

While Tesla begins to sink, money is flowing into Bitcoin. The digital asset is set up for another rally. Bitcoin has in the last few hours added over 3% to climb above $9,400. A pivotal point is coming up with the $9,600 resistance position about to play out. In 2020, the bulls have failed to break this resistance twice. Third time’s a charm?

In the last few days, the $9,200 support has been a strong point for the bulls with most consolidating. Their latest trial to breach $9,600 looks to be the last. If broken, the bulls will have their eyes on $10K. Tom Lee from Fundstrat who has predicted that we could see Bitcoin reach $27K during the upcoming halving, has previously stated that $10K attracts FOMO which further propels Bitcoin. Once the bulls push Bitcoin to this, the digital asset will be ready to go for its ATH before its halving.