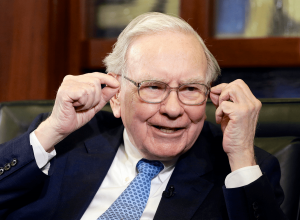 In a now deleted tweet, Antony Pompliano, the crypto influencer and Bitcoin supporter, aimed a dig at Warren Buffett, a veteran investor, and a billion.

His wealth, as per Forbes, is almost half Bitcoin’s market cap at $90.2 billion.

Despite his fortune, Antony is of the view that his performance in the last decade has been dismal and there is no need of idolizing him.

He argues that if one would have held Bitcoin, whose prices soared to $20,000 and rising by 1,000,000 percent in the 2010s, he/she would have outperformed his “value investing” portfolio.

And the best part is that this would not have required any technical or financial know how. Just hold and let time do its magic.

Warren Buffet, despite his track record, it appears, is not very open to crypto and especially Bitcoin.

For this, he has received a lot of backlash from the community.

Bitcoin Ending “Will be Bad”

He’s unwavering in his position, adamant that Bitcoin—for its pseudonymous features and false insistence that the coin is a conduit for money laundering and other illegal activities, is rat-poison squared.

He even warned his followers not to invest in the asset even though it was outperforming other asset classes including stocks and gold, adding that Bitcoin will have a “bad ending” as it is delusional.

At the Berkshire Hathaway’s 2018 annual shareholder meeting, he told CNBC:

“In terms of cryptocurrencies, generally, I can say with almost certainty that they will come to a bad ending. If I could buy a five-year put on every one of the cryptocurrencies, I’d be glad to do it but I would never short a dime’s worth.”

Bill Gates would Short Bitcoin if he could

But it is not Warren Buffett alone. Leading billionaires, including Donald Trump, the US President and a real estate big shot, is against crypto and Bitcoin.

Bill Gates is another anti-Bitcoin campaigner, leading individuals who are not yet open-minded about a potent and disruptive technology changing finance and fostering inclusion.

Notably, Bill Gates once told CNBC’s Squawk Box that he would short Bitcoin if he could. Gates further added that getting involved in cryptocurrencies is “a pure ‘greater fool theory’ type of investment.”