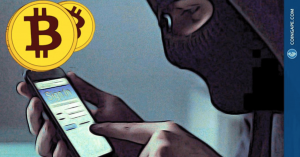 Chinese operated PlusToken Ponzi scheme has just moved its BTC. The scammers who duped investors of billions worth of cryptocurrencies have just moved the $117 million of BTC associated with them to a new address. The recent transaction means the scammers could be getting ready for something big.

Last year, Chainalysis, a blockchain firm, tracked 45,000 BTC ($302 million) and 800,000 ETH ($102 million) which was transferred from PlusToken’s wallets and into individual wallets. Of the total, the firm noted that the scammers were getting ready to dump 20,000 BTC. This at the time caused much panic with prices expected to plummet.

Around $117 million worth of the BTC associated with the scammers has moved again. The BTC has now moved to this address, 19bMszbozeHyjANgSyM9iyjsZU1sKsR6uM. The transaction was confirmed by lead researcher, Larry Cermak shortly after the transaction was completed.

$117 million of BTC associated with PlusToken Ponzi scheme has just moved to this addresshttps://t.co/Hmom3hDoF7

This could be an attempt by the scammers to try and hide their movement, but it is one that hasn’t been properly executed. Many are still observing the tokens in an attempt to uncover the scammers. It is also critical to the tokens’ price as such a large amount could easily tip the market.