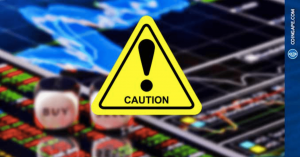 A big announcement by FCoin is rocking the crypto world. Crypto exchange FCoin has just announced that between 7,000 and 13,000 BTC cannot be recovered. The China-based cryptocurrency exchange says that the problem is neither a hack or an internal volume overrun. Rather it is a data error and a decision error. Clients stand to lose over $70,000,000.

Despite the problems, the exchange continued to be popular with its unique business model that touted turning cryptocurrency trading into mining.

Now the exchange has taken it to a new kind of level. Effectively seeing millions lost and crypto investors’ trust in the exchange’s lost.

In a post written by the exchange CEO and former Huobi executive, Jhang Jian, he notes;

The CEO continues to explain why the same has taken place noting the reason;

“It is neither an external hacking or an internal volume run, but a data error + a decision error. This is a problem that is a little too complicated to be explained in a single sentence…”

The story is long as the writer warns, with twists and turns. But basically drives at the fact that users should begin counting their losses.

Most users will remain unconvinced by the CEO and will suspect that this was a ploy to steal from them.

This is why it is important for exchanges to prove their assets under custody (AUC). https://t.co/Hn4myET430

This has the potential to see an already struggling market further plummet as investors panic and withdraw their assets from small exchanges. For investors who have lost, the community hopes that there will be some legal action in the days to come.