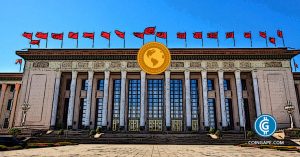 China is expected to release the much talked about digital Yuan in 2020. This will be it’s greatest attempt to rival the U.S dollar for world economic dominance. A group of Japan lawmakers are however not happy about this and are calling for this to be tabled at the next G7 meeting. Japan itself is already looking into digital currencies but is unlikely to release one in the near future.

In recent years, China has grown its technological capabilities immensely. Much of this has come from its fast embrace of new technology. While countries around the world, including the U.S, debate on the pros and cons of new technology such as blockchain, China is heavily investing in it.

Tokyo is now feeling the pressure and is calling for a review of China’s intent to release a CBDC. Lawmakers from Liberal Democratic Party (LDP) which is led by former economy minister, Akira Amari says they will be pushing the government to bring up CBDCs. He further adds that digital Yuan is a risk to the financial world.

“We live in a stable world led by dollar settlement. How should we respond if such a foundation collapses?”

The party leader is also calling for the Japanese government to work closely with the U.S government, which will be chairing the meeting, to ensure this issue is discussed at the G7.

CBDCs have become a growing trend in the world. Just days ago, the U.S FED announced it is now seriously looking into digitizing the U.S dollar.

The US Federal Reserve now is more open to the idea of central bank digital currency than previously.

.@Fed was conducting research and experimentation related to distributed ledger technologies and their potential use case for digital currencies.

This comes as no surprise with China risking to take economic dominance with the digital Yuan which is set to be faster and more reliable as a settlement currency than the USD.

This means that the U.S is likely to put CBDCs in the next G7’s agendas as the world’s biggest economies in an attempt to create some sort of regulatory framework.

Other member states from Europe are also likely to take interest in this as the European Central Bank has been positive about the potential of digital currencies since Christine Lagarde took charge last year. The ECB has however shown no interest in releasing its own.