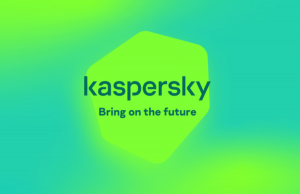 According to reports from Verdict UK, Kaspersky, a global cybersecurity firm, launched its prototype election voting platform built by Polys, a subsidiary of the Kaspersky Innovation Hub. The decentralized platform is set to offer a different angle to how traditional election voting systems are set up and conducted.

The cybersecurity firm labels the new innovation as, “the first of its kind to incorporate blockchain technologies and work alongside the Polys online election system”.

Online voting was heavily criticized following the Iowa Caucus election drama, whereby other voters were alienated from the voting system due to lack of internet or internet-connected devices. Furthermore, the app malfunctions led to only partial results being tallied.

According to the reports, Kaspersky’s blockchain system will leverage QR codes and tokens to cast their votes and prevent double voting. The statement reads,

“The process works by verified voters being given a unique QR code or token, which is then scanned, allowing them to cast a vote on a Polys Voting Machine with votes then automatically encrypted and counted.”

Once having voted, the voter can check the validity of their vote and the wide voting process on the blockchain, which will be accessible to every voter. The voting system is anonymous and private giving voters a free and fair platform to cast their ballot.

Kaspersky is looking towards offering the system to universities, governments, political parties and businesses worldwide after the launch of the official platform.