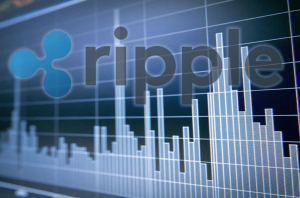 XRP prices have been performing well in recent days. Much like the rest of the market, it has breached its resistance. Whale Alert, however, warns that there could be impending doom. Former CTO is an existential threat to XRP prices despite walking away from Ripple more than 5 years ago.

Whale Alert, an account widely followed by the crypto community on Twitter has published a story on Medium looking at whale activity. Over the years, the Twitter account has given direction to traders over huge transactions taking place in exchanges. it has especially been vital in identifying when a whale is about to dump tokens. In their post, they took a look at Jed McCaleb, the former Ripple CTO, and co-founder.

For his role in founding Ripple, in 2013 he was compensated 9 billion XRP tokens to be spread over several addresses. He went into contract with Rippe over how he would spend his XRP to avoid the entrepreneur dumping.

By 2018, when tokens were still booming, he was holding XRP worth $20 billion putting him among the world’s richest people. Now although the value has gone down, McCaleb still holds a huge chunk of XRP. Just last September, Ripple transferred 100 million XRP to his wallet.

“At present, we estimate McCaleb’s remaining assets at 4.7 billion XRP (around 5% of total existing XRP) carrying a current market value of over $1 billion USD…”

Whale Alert has been looking into what his tokens mean for the total supply and if they can affect prices. For this, the team has analyzed over 90,000 transactions, tracking around 8 billion XRP to Ripple, a settlement account and Jed’s personal accounts.

Between 2014 and 2019, he is reported to have sold 1.05 billion XRP. In 2020, he has sold another 19 million XRP. So far, McCaleb has been limited over how he can sell his XRP but Whale Alert says his agreement with Ripple could expire this year.

“Even though we do not yet have enough data to make a conclusive statement on this, we can determine that, because he is exclusively selling XRP, he is adding to the net amount available.”

They also note that he has been cashing in and there has been no evidence he is reinvesting in the crypto market. Since McCaleb left Ripple, he has gone on to start Stellar where he now serves as the CTO.