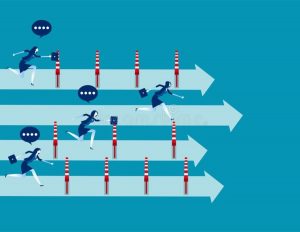 Leading crypto experts are hitting back at the some of the marketing practices adopted by the Ethereum Community.

According to a recent media report, Gitcoin Grants, an Ethereum based platform is being used to pay shills and independent marketers for their contribution towards Ethereum and against contributors.

We should support each other, as opposed to hiring others to attack. I have taken steps to block users in this article, and am ensuring that B1 never participates or promotes such behaviour within the #EOS ecosystem

After Bummer’s outbreak on Twitter, Justin Sun quickly jumps on the bandwagon, he replies,

Agree! @Tronfoundation will never hire community members to attack other friendly crypto projects. We should love and support each other! Shame on you @gitcoin @Consensys @VitalikButerin .

In the past, Justin Sun has been criticized for going over-board with marketing. Nevertheless, Ryan Selkis of Messari points out that we live in age where marketing is the most important aspect of success. He says,

Trump is president and all monetary crypto assets have one thing in common: phenomenal marketing.

Race to the Top

As Novogratz noted recently, that Ethereum has a strong potential to become the basis trust level for building decentralized applications. However, while the Ethereum Network is in still in transition phase, there it’s competitors Tron, ETH and NEO are leading in technical prowess.

Samson Mow, the CSO of Blockstream got in on the argument supporting Udi Wertheimer, a Bitcoin dev in reporting the unethical activities on Twitter.

The Bitcoin coder has often been criticized by Ethereum proponents for his tweets and attacks against ETH. Udi Wertheimer tweeted on the issue,

Some of them have been trolling projects like EOS and TRON (and bitcoin of course) almost religiously. And they dare call others toxic!

It is still a wild-west in the crypto-space where the real use-cases of decentralized application have been limited.

Do you think Tron or any other blockchain platform will be able to usurp Ethereum? Please share your views with us.

The post Crypto Twitter hits back at Ethereum Community for Attacking Tron and EOS appeared first on Coingape.