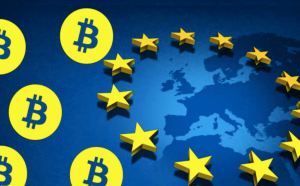 On Friday 31st, Britain formally left the EU, ending a three-year wait. Its exit from the world’s largest trading bloc brings hope and fear to British citizens. Uncertainty surrounds the exit ordeal and in this Bitcoin is expected to shine. Although Britain has exited the EU, they are far from the end of their negotiations. Trade negotiations are expected to continue until the end of the day.

In times of economic uncertainty, Bitcoin soars. In the last week, this has been evident as the asset soared during the worst single-day performance on the U.S stock market since October. This was as a result of growing fears about the Coronavirus that has claimed more than 150 lives and continues to spread across the world. This virus has been reported to have spread to over 40 countries and infected over 10,000 people. It has also brought the Chinese economy, where it originated, to a standstill. If it continues to spread and strangle economies, it will fuel Bitcoin.

The crypto community has on Twitter shared their optimism about the future of Bitcoin in regards to Brexit.

Brexit is expected to negatively impact every major currency. With one exception.#bitcoin

In Britain, there is great economic uncertainty. Although the EU has stated that Britain will always be a friend, it will act fairly in its trade deal. For the past three years, the EU has been rejecting Britain’s proposed trade deals. In fact, Britain was on the brink of exiting the EU without a trade deal.

As Britain goes back to the table, there is no assurance that a trade deal will get done and with the EU not budging on its preferred deal, there is also no telling how fair it will be. Britain’s exit could come with great economic ramifications.

The ball has not dropped yet for Britain. The country still has a year to try and make away with a good deal that does not impact its economy. But this phase, which the PM Boris Johnson called

” the moment when the dawn breaks, and the curtain goes up on a new act in our great national drama,”

promises to be a time of fear and panic, a sweet spot for Bitcoin. And yet another reason to be bullish on Bitcoin in 2020.

The post Britain Formerly Leaves The EU; What Does This Mean For Bitcoin? appeared first on Coingape.