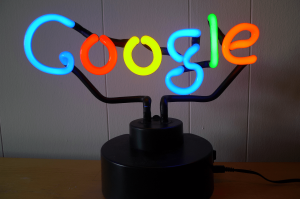 Brave, the blockchain-based browser with grand plans of matching and even surpassing Google’s market share, now takes issue with the behemoth’s monopolistic tendencies.

It is also concerned with the centralized browser’s track record on matters privacy.

Brave writes to the British CMA

However, while they are trying to rope in the British government expecting them to step in and help break their monopoly, neutral commentators say Brave should first allow people to withdraw BAT, their native coin, without KYC.

According to latest reports, the privacy preserving browser sent a letter to the UK Competition & Markets Authority (CMA) on Feb 12, complaining that Google is partly dominant because of their failure to enforce General Data Protection Regulation (GDPR) rule.

It is their argument that enforcement of GDPR rules would help squash Google’s monopoly, in effect neutralizing the browser field.

Part of their letter read:

“The bundling of consent in the manner described by the CMA infringes some or all of the GDPR requirements of transparency, fairness, accountability, and purpose limitation in data protection law.”

Despite their redistribution of their earnings to users in BAT, a token that’s listed at Coinbase and whose value is subject to amongst other things market forces of supply and demand, and usage, critics say Brave should resolve demanding KYC requirements when withdrawing their token, BAT.

Not only that, users can’t receive tips without their identity being verified and approved. Even after the approval, it would take weeks and even months before one receives tips in BAT.

A Reddit user now urges the Brave browser team that instead of the long wait time, they should instead introduce an option of receiving tips in more fluid cryptocurrencies including BTC or ETH.

“Not only that, you can’t even accept tips without doing KYC. You also have to wait, sometimes a month to receive them. BAT uses any of the advantages of being a cryptocurrency.

“Except the one where all crypto projects are over-hyped and investors in this space will buy anything with +1000 users, but this only benefits them and not the people trying to use this crap. For tips, just add a BTC, ETH or whatever address to your site, you’ll have way more luck.”