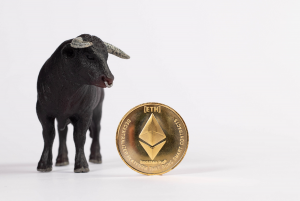 Ethereum has more than doubled in 2020. Its impressive rise has seen the altcoin become a favorite with investors. However, there are warning signs that it could crash. Its dramatic rise has seen Ethereum (ETH) trigger signals of being overbought. In fact, the indexes its flashing are record-breaking, dating back to May 2019.

Ethereum has surged by 110% since the turn of the year. During this time it has drawn in a lot of investors especially from Bitcoin which has been dropping market dominance. And it’s not just prices and dominance where Ethereum has been setting records. Yesterday, Ether had the most active session of the year. In popular exchanges, BitMEX, Huobi & OKEx, they reached $1B.

Ether had most active session of the year yesterday

Although so far everyone continues to be bullish about ETH and the numbers certainly support this, investors must be wary. The GTI Global Strength Indicator, which follows upward and downward movements of successive closing prices, shows that Ethereum is overbought.

An asset is overbought if the index exceeds 70. This week, the index for Ethereum reached 92.7, the highest since May 2019. If the current bull stalls, particularly if stopped by key resistances such as $300, Its fast growth could be followed by a rapid decline as investors exit. 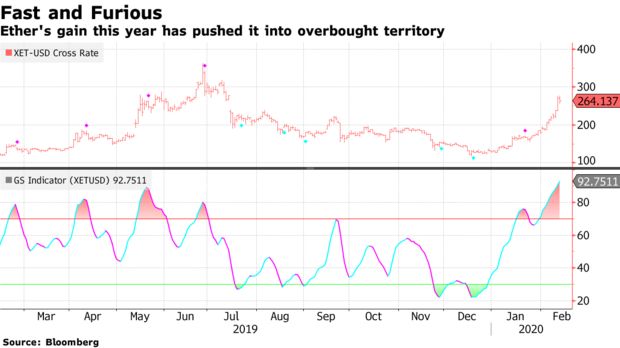 Another signal that has flashed bearish season ahead is Bloomberg Galaxy Crypto Index. This signal follows digital assets into overbought regions. With Ether making up 30% of the index it is being considered overbought.

The majority of traders and analysts continue to be bullish on Ethereum. Trading at $270, the largest altcoin by market cap remains more than 80% below all-time highs. This means the cryptocurrency still has a long way to go.

With the upcoming Ethereum 2.0 launch, there will be key developments that will drive prices up. Furthermore, the leading altcoin is bound to lead the alt season. This shows that there are still a number of catalysts that could still trigger Ether and ensure it continues pushing higher.

However, a crucial resistance is on the horizon. The $300 position will dictate Ether’s midterm trend. If broken, there will be little on its way to climbing to $400. But if bulls fail, a crash will be imminent.