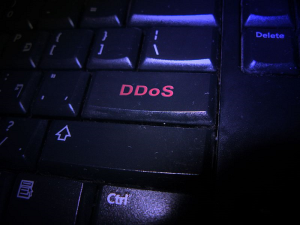 Bitfinex is the second-high ranking cryptocurrency exchange to experience a direct denial of service, or DDOS.

This is one of a classic attack where hackers usually test the basic defenses of a system or a network by flooding it with tons of transactions.

The deluge, often, is overwhelming should there be a lack of sufficient defenses and the platform’s throughput drastically falls and eventually flattens.

End users, who are mostly unaware of this, consequently can’t access services if there is no intervention.

Bitfinex noted the attack. As blatant as it was, the exchange’s throughput took a hit, slumped, before the exchange’s technical team shut down and issue a notice to the community.

We are investigating what seems like a distributed denial-of-service (DDoS) attack. We will keep everyone updated on here and our status page https://t.co/u3pYCVVGQq as we know more.

The Bitfinex system was over 20X slower as response time increased to over 160 ms according to statistics from their status page. In normal operations, Bitfinex operates with a high response time of 24 ms.

Interestingly, the attack comes when Bitcoin and the entire crypto market is shaky and looks likely to register more drops in coming days.

Through an initial statement in Twitter, the exchange acknowledged the attack and said it will update their clients through their status page once a resolution has been found.

Good news is that the unscheduled maintenance took two hours and forty minutes and the exchange has resumed its normal operation.

“Services on the Bitfinex platform have resumed. We implemented a stricter protection level as a result of our platform coming under a Distributed Denial-of-Service (DDoS) attack. All issues relating to the DDoS attack have now been resolved.”

However, during that time, the price of Bitcoin fell roughly 2% to below $8,500.

Bitfinex outage caused by supposedly a DDoS attack took about an hour. Almost no trades executed but the service is now resumed. It’s interesting that a similar attack took place yesterday against OKEx. pic.twitter.com/wpXtiWgvCv

Yesterday, OKEx suffered a similar attack. Taking to their Weibo account, the exchange’s management said the team successfully waded off attackers. Their spot and derivatives trading platforms are working as normal.

The motive of the malicious elements behind these two quick attacks cannot be immediately known.

However, what is apparent is that a successful side-step of the exchange’s defenses could lead to millions of losses. Binance, though successful and with mitigating measures suffered a hack that saw it lose $40 million worth of Bitcoin in May 2019.