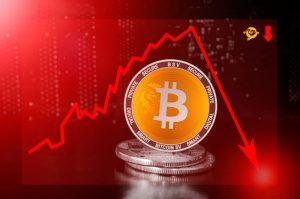 Bitcoin SV’s native token BSV is headed down at the end of the week. At the time of writing this, the digital asset has crashed by more than 10%. The drop comes in light of confession by the man behind Bitcoin SV and highly controversial Craig Wright. After stating that he is 99.99% sure he will get hold of his lost BTC keys, the self-proclaimed Satoshi Nakamoto is going back on his word.

Bitcoin SV price movement has had a close correlation to Craig Wright’s comments and actions about him being the inventor of Bitcoin. Most of its followers and investors do believe that Craig Wright is the real Satoshi. Combining with speculators, they have successfully pumped Bitcoin SV when there is a hint of Wright providing the keys to Satoshi’s stash of 1.1 BTC. In tandem, when Wright has been shaken and it has been evident that he does not have the keys, investors have exited Bitcoin SV and seen a price plummet.

In the last few hours, a video in which Wright admits that BSV was artificially pumped, investors have been on the run. A massive sell-off has been triggered and BSV is well on its way to $250. On top of dropping by 10% today, it also means the asset is down by more than 25% from its ATH of $340 achieved a few weeks ago. Its ATH was also as expected triggered by  Dave Kleiman’s case court development.

In an interview on Jan 28 with BlockTv, the Australian entrepreneur stated that he knew who was behind the recent 300%+ but declined to share this info. On the question of whether he has the keys, he refused to talk about it saying he preferred to talk about the future of Bitcoin SV.

Dr. Craig S. Wright refuses to talk private keys, speaks about the future of $BSV, tells the story behind the 100% pump and predicts the end of $BTC.

Here is a taste, but seriously, you need to watch the full explosive interview with @AsherWestropp:https://t.co/751beFoqke pic.twitter.com/atld0Iq8Mb

Craig Wright’s court case, where he expected to prove he is the real Satoshi and share half of his BTC with the Kleiman estate, is about to take another twist. And this time it could finally be settled.  Since he failed to produce his private keys in previous court sessions, the District Court of Southern Florida ordered that he produces the keys by Feb. 03. This is now days away and very few are optimistic that he will be doing so.

In anticipation of a Bitcoin SV crash, many are already exiting. This the crypto community believes will worsen as the due date approaches and reach its climax if Wright does not have the private keys.