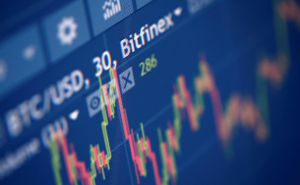 In a tweet sent out on Tuesday at 4.25 PM GMT, Joseph Young raised questions on the possible connection between the upsurge in the Bitcoin (BTC) market and BitFinex maintenance around the same time. According to the cryptocurrency author, Joseph Young, an attempt to place shorts on the exchange during the surge hence “wrecking havoc” when the market re-opens.

” Could have been simply a coincidence, I think it was an attempt to place shorts on Bitfinex underwater, which would cause havoc when Bitfinex opens.” –Young on Twitter

However, the whole skepticism may all be mistaken as the exchange re-opened a few hours later on Tuesday.

In one of the highest hourly returns on BTC so far in the year, BTC gained over $500 USD in less than hour to trade at an intraday high of $10,300 USD, which also marks a new 2020 high for the pioneer cryptocurrency.

Looking at the 4-hour charts, the price soared above the near term resistance provided by the SMA 50 on the Bollinger Band (BB), and bursting through the upper Bollinger Band to currently trade at averagely $10,301.89 against the dollar on major exchanges. The spike in price is on the verge of forming a golden cross on the lower timeframe charts as the Bullish run looks set to continue in the near future.

However, with BitFinex going on maintenance around the same hour as the spike happened, a number of questions have been raised. Binance announced on their official page the services would be going offline.

Our scheduled upgrade has begun and Bitfinex is offline. Please monitor Twitter andhttps://t.co/u3pYCVVGQq for updates.
Thank you for your patience!

BitFinex came back online about the same hour as the spike on Bitcoin’s price happened raising questions of a manipulation attempt? Joseph Young, a crypto journalist tweeted,

Could have been simply a coincidence, I think it was an attempt to place shorts on Bitfinex underwater, which would cause havoc when Bitfinex opens.

Well, the exchange has resumed its trading services to users with the volumes traded at their highest since Feb. 5 on the BTC/USD pair. A curious case to follow.

Do you think the BitFinex maintenance affected BTC’s market or is it pure coincidence? Share with us below.