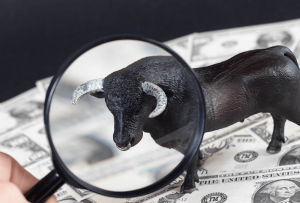 The market is knee-deep in the red. A majority of cryptocurrencies have lost more than 10% in a couple of hours. The loss for Bitcoin has been dropping below $9000. This move has seen more than $180 million longs liquidated. Analysts have been predicting a further plunge and a retest of lower lows. The Bitcoin price plunge has however not come as surprise for some. Historically, going into the halving, holders have gone through a major Bitcoin price capitulation.

Bitcoin Price Capitulation Prior To Halving

In the last couple of hours, as we have reported, Bitcoin has breached the $9000 support. This has triggered a huge sell-off with a majority of investors panicking. While the many have been shaken, some remain positive.

A number of analysts are predicting that this is the last dip before the halving. Although it looks like Bitcoin will drop to the $8K region, this could certainly be the last time we see a drop below $9000.

Falling knife slicing through hands left and right.
Approaching interesting areas, this isn’t really the worst place to take some profits and I might close a quarter into this weekly support here.

Smart investors will be taking up lower positions and waiting for a huge bounce. This will be a major accumulation area where we could see the buyers hold in anticipation of the having.

Last dip before the halving. You won’t get a better discount than this!

The Pre-Halving retrace is a Bear Trap for Bitcoin investors

With now just 75 days or so to go, he believes that it’s happening again. Going by this, most investors will be accumulating and reaccumulating in anticipation that next is a long rally.

It is, however, important to note that there is no guarantee that Bitcoin will rally with the halving. Several analysts believe that halving will bring no significant price change. This could mean a prolonged bear market as speculators sell-off.

The latest dip could also be in response to speculators exiting given Bitcoin has failed to rally following traditional markets plummet. Many expected Coronavirus fears to spark a rally which has failed.