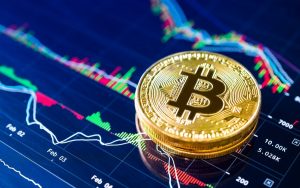 However, it is the altcoin market that has captured the bulls attention as the top altcoins outpaced Bitcoin, which saw its dominance drop to the lowest point so far in 2020.

After a blistering start to 2020, Bitcoin (BTC) has once again hit a yearly high – this time crossing the $9,700 USD resistance mark – as the bulls set their targets at $10,000 USD in the coming weeks. Could this be the last opportunity to buy Bitcoin under $10K price?

Well, the price still dances around a key resistance area $9,800 USD, which if breached may set the bulls on a free run to 2019 highs recorded at $13,800 USD. Failure to break the resistance may however spell doom for the bulls as price may pull back to the $9,500 USD region.

The slight pull back to $9,680 USD, as at time of writing, however does not look at all bearish as bulls gather strength as indicated by the RSI which breaks into the overbought level with a bullish trajectory.

A possible $300 billion USD market in the coming days?

As Bitcoin grows so does the market. And with the recent BTC boost past $9,700 USD has yet seen the top altcoins follow through such as ETH, XRP, BCH and BSV which gained 7%, 3%, 13% and 9% respectively over the past 24 hours.

With the market having crossed a total market capitalization of $270 billion USD, could the bullish market movements see the market soar even higher? Is $300 billion a possibility?

Where $BTC is breaking a major resistance now, the total market capitalization did that earlier and flipped it support.

It’s facing the next resistance here.