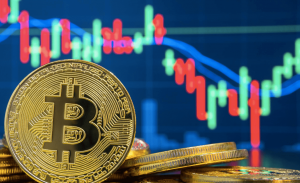 Bitcoin is up by around 40% in 2020. This was hugely expected with 2020 expected to be a bullish year that takes BTC back to all-time highs. Analysts have been working out where the digital asset will end up. Among those sharing their bullish predictions is Mati Greenspan. The analyst has confirmed that there is further upswing soon.

Mati Greenspan has been discussing his expectations for Bitcoin in the days and weeks to come. This especially since Bitcoin has shed some doubt in its future after breaking above $10K and failing to sustain it. Greenspan mentioned in his interview that this was a surprising move from the bulls. Due to strong fundamentals, the bulls were unable to stay up leading to the current pullback.

Is #Bitcoin about to hit a golden cross?

See why @MatiGreenspan believes it could happen as soon as this week and $BTC could continue its upward trajectory. https://t.co/7PWpa46pFH pic.twitter.com/d7dbI80guD

As many have predicted, BTC is set to get back above $10,100. According to Mati Greenspan, the upward trajectory is expected to continue. Bitcoin is still trading above the 200 MA. This is a strong bullish indicator. And according to Fundstrat’s Tom Lee, when Bitcoin has broken this line, it has gone to soar by 190% in the next six months.

According to Tom Lee, he expects that BTC will surpass its all-time high of $20K and go on to reach $27,000. At these levels, there is no telling what will come next but PlanB and Anthony Pompliano’s predictions of $100K will no longer sound farfetched.

BTC is at the time of writing this back above $10,00 after falling below this on Monday. After spending Monday in red, Bitcoin has finally turned green once again. At current levels, the bulls have been consolidating. This has ensured that its supports have remained strong and by confirming that the next high will be higher than the recent $10,100.

Most analysts expect that the next rally will see Bitcoin test the $11K resistance.