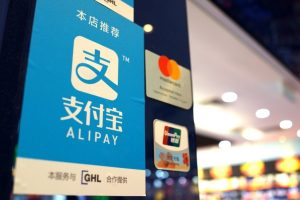 Alipay launches a blockchain-based information protocol service to assist in tracking supplies that help combat Coronavirus (n-Cov 2019). According to a press release by CN Stock, Alipay released the platform in China earlier in the month with the Zhejiang Province Medical Materials Security Group using it to order and track their prevention materials such as masks, gloves, protective gear, and caps.

The sudden and rapid outbreak of Coronavirus in China primarily, whereby over 28,000 people have been diagnosed with over 650 confirmed dead, has seen the supply of equipment and donation of supplies receive strong attention in provinces that have been worst hit including Wuhan and Hebei.

The official statement from Alipay claims the blockchain platform boosts the trust across the network bringing credible connections, and every link and confirmation by the operator can be displayed on the chain. The open-source and public platform have already started operations in a number of provinces.

While blockchain platforms are coming up with an aim to combat the n-Cov 2019 virus, the Chinese government has turned its eye on the Bitcoin miners in the country in a bid to stop the virus spreading further.

Announcements from China’s leading mining hardware producers such as Bitmain, Canaan, Innosilicon, and MicroBT on the delay of mining hardware equipment given the shutdown and control measures currently in China, raised questions across the board on the continuation of BTC mining in the coming weeks.

“I have a mine in a remote suburb. The police came and forced all the mining authorities to shut down. It is understandable to take a regular… roll call, and strictly prohibit going out, but what’s the benefit of shutting down the mining machine to prevent the epidemic?”

Despite the widespread closure of mining facilities across China, which dominates the BTC mining industry with over 65% of the hashing power, the hash rate of Bitcoin has not moved quite much. As at the time of writing, the hash rate has kept its head above the 100 Th/s mark, dipping below the mark only twice in 2020. Bitcoin hash rate stands at 103 Th/s.