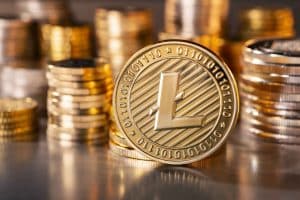 Bitcoin has been bullish for the better part of January. During the past month, the leading digital asset has soared by 30%. Surprisingly, despite this impressive rally, that beats all traditional investment assets, Bitcoin has been one of the poor performers in the market. Bitcoin’s impressive run and trading chart shows that Litecoin could be leading Bitcoin. This happened last year as Litecoin went on the spectacular bullish wave that saw it gain more than 300% in a couple of months.

Crypto analyst Loma who goes by Twitter name @LomahCrypto has shared a chart that shows the close correlation between the price movement of Litecoin and Bitcoin. He has also posted the question on whether Litecoin is leading Bitcoin again to the crypto community.

The alt market as a whole makes it nearly impossible to be bearish on the corn other than very short term, as in days/weeks

The first half of 2019 saw Litecoin grow by more than 300% in anticipation of its block reward halving. This saw it trigger wider market rallies and among the top gainers was Bitcoin. Specifically, because the crypto community was buying and holding in anticipation of a similar rally with Bitcoin come this year. Unfortunately, following the halving, Litecoin prices crashed which was a result of its hash rate plummeting.

During LTC’s peak in mid-June, It was trading for $140. By the end of the year, this had dropped to $40. In 2020, like most cryptocurrencies, Litecoin has been making a comeback and as we reported, has gained more than 20% to reach $70 at the start of the new month.

More gains as we mentioned in a previous article are expected for Litecoin. The digital asset has confirmed it’s Golden Cross and bulls should expect $100 soon.

The trading pattern correlation is accurate. But it unlikely that Litecoin is leading Bitcoin. Bitcoin is probably following the same pattern since it is now less than 100 days to its halving. One Twitter user in response to Loma’s suggestion has stated that the bullish trend is one that is shared across all cryptocurrencies.

The alt market as a whole makes it nearly impossible to be bearish on the corn other than very short term, as in days/weeks

Return Of The Altseason

A number of Altcoins have in the past month outperformed Bitcoin. This has been a sign of the altseason making a comeback. Bitcoin, on its part, although outperformed by a number of coins, is strongly bullish with the halving and a number of macro-economic factors pushing it higher. Whether LTC is leading BTC or otherwise, there is no denying there are more gains to come in the long term.