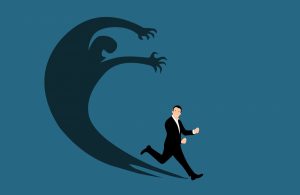 And the sucker punch has smashed through BTC bulls’ optimism, causing a $96 million hole in investors’ pockets all thanks to BitMex’s liquidation.

$96 million worth of BTC Liquidated at BitMex

In a record 5 minutes, safe the flash crash that we saw recently in XRP at BitMex, the price of the world’s most valuable coin sunk by $350 to $9,700. Prices have since steadied below $10,000, and it could be hinting of what’s coming.

According to Skew, an analytics platform, the sharp drop in prices saw a $96 million liquidation.

That’s $4 million shy off the $100 million mark and reveals how skewed the market has been over the past few days.

There is no doubt that the market is bullish.

A combination of several (unattractive) events and propositions like the Coronavirus spreading and claiming its first victim in France, combined with central banks gravitating towards money printing, easing/accommodating to prop economies, means safe havens of which Bitcoin has carved out its share from stalwarts as gold and Japanese Yen, translates to higher and better prices.

From the charts, it appears as if bulls are exhausted. From candlestick arrangement, BTC price has charted a near perpendicular path.

The parabolic rise triggered waves of buying, and the inevitable is happening. Retail traders are buying in droves as herding mentality, irrational exuberance, or a combination of both, push prices higher.

However, this rally could be slowed down.

While exchanges remain compliant, rolling out fast trading engines that are even faster than NASDAQ, charge low fees, and improve KYC procedures, US government officials are concerned of the rise of BTC and crypto.

The biggest threat to the US dollar is the printing is USD. More QE coming. Stop blaming bitcoin. Btc was a direct result of the devaluation of USD. The endless QE created a weaker $ which in turn created btc. pic.twitter.com/WLLFBXVTLQ

Should they impose restrictive laws, this Bull Run may be scuttled, pouring cold water on a hot market.

Aside from fundamentals, an analysis of the daily chart and drawing hints from the Bollinger Bands reveals weakness.

While prices are printing higher, volumes are drying up. Moreover, there are lower lows relative to the higher Bollinger Bands.

With today’s bar closing as bearish just below $10,500, accompanied by high trading volumes could signal an inevitable correction back to $9,500 or even $8,500, a few months before the definitive halving event.

The sucker punch at BitMex may trigger panic and profit tacking further exacerbating the situation, heaping pressure on bulls, and fanning bears.