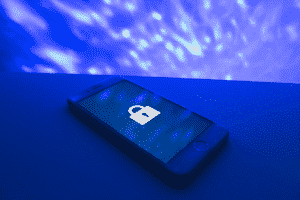 Brian Armstrong, the CEO of Coinbase, one of the largest cryptocurrency exchanges in the world, predicts that a dominant network will likely incorporate a privacy solution in 2020. While he wasn’t explicit and didn’t name names, his insinuation is that Bitcoin may be the network that will integrate privacy, closing previous loops that had made BTC transactions open for analysis by sprouting analysis firms, in the 2020s.

A Dominant Network will go Private

His comments were highlighted in an article published as part of the Nakamoto Project. There, he said:

“One of the dominant networks will integrate a privacy solution, replacing the current transaction completion process, much like HTTPS supplanted HTTP for internet browsing and communication.”

4. Dexes will grow but on-ramps will remain centralizedhttps://t.co/CqeAFhsgkV

Bitcoin is the first application of blockchain that proved a concept and enjoying first mover advantage, is a dominant network. It’s share based on spot value and market cap is 68%. Based on the blockchain, on-chain transactions are transparent and stored permanently in a publicly accessible ledger. However, unlike traditional ledger systems, transactions are confirmed automatically and encrypted in a way that sender’s IDs are obfuscated.

This is a point of weakness because despite this deviation, transactions are pseudonymous, and cracking the ID of the receiver and sender depends on the decryption of the pseudo account behind the transaction.

With binding KYC and AML rules applicable to ramps, and more so, if funds are liquidated for fiat—and vice versa, the originator of the BTC transaction is known and trackable.

Over and above everything, Bitcoin remains to be a symbol, a Schelling point. In this decade, it will be an ideological flag of technology.

Admittedly, it is hard to make predictions as they are mere guesses. However, Bitcoin has been disruptive. As more people are made aware, the platform will attract users given its advantage as a store of value and a medium of exchange.

Already, there are efforts to improve the network. In 2019, Roger Ver, the face behind Bitcoin Cash bragged that the network had upgraded and integrated Schnorr signatures. The upgrade made Bitcoin Cash—a spin off of Bitcoin, transactions private while helping scale the network without layer-2 solutions.

While the BItcoin Core developers have been talking about Schnorr signatures for years, Bitcoin Cash already has them.https://t.co/g2px6Ey7Xi

As privacy looks increasingly inevitable, Schnorr Signatures will most likely be incorporated in the course of the decade in Bitcoin.

Other predictions made include the new phase of startups creating non-speculative use-cases, a trend Brian says is “getting some legs.” Already there is a wave of acquisitions in the space that points to a more stable, utility-driven future.

The post Will Bitcoin (BTC) Transactions be Private in 2020? Coinbase CEO’s Prediction appeared first on Coingape.