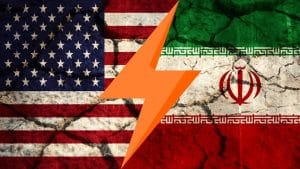 The killing of the top Iranian General, Qassim Suleimani, by the an US air-strike has begun a series of adverse socioeconomic effects in the world.

While the US Airports are restricting Iranian-American at their airports, Iran has backed out from the international nuclear deal. The threat of an aggressive move by either countries threatens a war on a global scale.

Crypto analyst and CEO of Three Arrows Capital firm tweeted the perspective of the east on the issue. He notes,

The move has had a positive effect on Bitcoin [BTC] price as well. Despite being in a downtrend at the beginning of the year, the price now seems to be testing bullish resistances around $7500.

According to another leading expert, Micheal Novogratz, Billionaire VC investor, entrepreneur tweeted on how the situation is affecting the entire gulf region.

Iraq will expelling US troops. Iran will have more pull in Iraq which is what they always wanted. Saudi isn’t in a position to want a conflict. Mideast less stable. Equals more volatility.

In effect the price of oil/natural gas is escalating as well; it has gained over 5.5% and opened with a bullish ‘gap’ this morning. Novogratz further notes,

The more I analyze this Iranian situation, the more bullish gold and $btc I become.

Zhu is also bullish on other similar investments like Silver as well. The situation is having investors move back to ‘safe haven’ investments. The price of gold surged 4% since the air-strike in a strong uptrend. This morning it breached $1575, gaining over yearly highs in 2019.

The effect of the war is only going to be detrimental to the purchasing power of the citizens. USD dropped about 0.08% with respect to the next stable currency, Japanese Yen.

The current global environment demands hedging one’s capital against the growing risk in the financial markets.

Do you think Bitcoin will continue gaining acceptance as digital gold or is it whale driven price action? Please share your views with us.