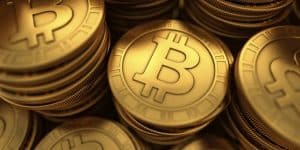 Over 12 million BTC has remained unmoved over the past year despite the coin growing over 100% during the period. This is a remarkable feat for Bitcoin (BTC) as HODLers showed strength not to sell through the bullish spike in June to $13,500 USD and through the reversal to current key resistance at $7,900 USD. How bullish can BTC get as we head to the third halving of BTC in May?

Over 12.85 million BTC remains unmoved in one year

As pointed out by Rythym, a crypto analyst on Twitter, a record number of BTC remains unmoved over the past year signaling a bullish case for the pioneer cryptocurrency. Over 12.85 million BTC has not changed addresses despite the wild price volatility across the period. This represents $101 billion USD at $7,880 USD, as at time of writing.

Even with a 70% increase in price during that time, those millions of bitcoin were not moved, sold or likely traded.

The macro indicator signals a long term bullish move for BTC with investors and traders holding through a rocky bullish and bearish period since January 2019’s lows of $3,500 USD. The belief shown in HODLing BTC further confirms the asset as a store of value in the long term.

Bitcoin’s short term growth may be influenced by the chart indicators and market pressures which may see the coin face a near term reversal despite testing $8,000 USD in the past 24 hours. However, with close to half of the investors showing a long term vision in the coin, the future looks bright for the cryptocurrency.

Well, according to an earlier article we explained close to 2 million BTC will be lost forever given the a number of forgotten passwords, locked Satoshi’s BTC and a number of other natural factors. But even considering only half of the 12.8 million BTC was held for the past year, a clear bullish pattern can be signaled in the long term future.

The post Over 12.8 Million BTC Coins Remain Unmoved In A Year, Bullish Signals Ahead? appeared first on Coingape.