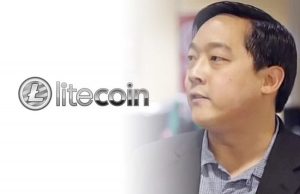 The founder of the seventh-largest cryptocurrency, Litecoin (LTC) – Charlie Lee – tweeted out a proposal in the late hours on Friday asking the community to push forward a 1% fee on the miners to fund the development of the blockchain in the long term.

According to his proposal, the miners will voluntarily donate a portion of their block rewards to fund the development of the Litecoin. He wrote on Twitter,

“How about Litecoin pools donate 1% (0.125 LTC) of block rewards to the @LTCFoundation? If every miner/pool does this, it amounts to about $1.5MM donation per year!”

With a number of pools mining a variety of cryptos using Scrypt language, which gives them an extra 5% earning from other coins. Using this extra amount, Lee suggests a voluntary donation from the miners on only 1% of the extra amount to ensure the long term development of blockchain.

So where will the amount collected by the miners be stored?

Well according to Lee, that is a decision to be made by the community with a number of foundations and organizations working on the project at the moment including the Litecoin Foundation.

3/ Better yet, pools can let miners decide what organizations to send their 1% to. It can be Litecoin Foundation, @LitecoinDotCom, @theliteschool, or any other Litecoin project.

What do you guys think?

The community however remains skeptical on the need for the funds to be donated to these organizations and how the LTC collected will be used for development. However, a bigger blockchain in Bitcoin Cash is killing the

In the past two days, the Bitcoin Cash community also announced upcoming changes to its protocol, expected in May. The “controversial” 12.5% tax, implemented by four of the top miners on BCH however heavily differs from Lee proposal, with a

How is Lee’s proposal an upgrade on BCH controversial tax?

One of the biggest differences between the two proposals lies in the decentralized nature Lee has taken in comparison to a takeover by BCH top miners. While LTC development fund is proposed to be a donation on excess income earned by miners, the BCH protocol change threatens to opharn any block that will not take up the new taxing system. The latter sounds very much like a centralized government with prisons for those who don’t tow the line.

Charlie also proposes a transparent way to select the companies that will receive the donations (who have been working on the Litecoin project too.) In contrast, BCH has been heavily criticized for selecting one “unnamed” company in Hong Kong to be in charge of the funds and development of the Bitcoin Cash (BCH).

If Litecoin is to take up the proposal, it surely will be a more transparent and decentralized way than the controversial mess currently being witnessed on BCH.