According to Josip Heit, blockchain and cryptocurrencies have a promising and compelling future. A significant amount of the world population has been or still is a part 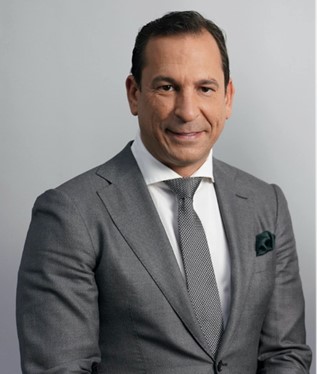 of blockchain-enabled projects. But fiat currency supporters and other affiliated enterprises are still denying and dismissing the mileage that cryptocurrencies and blockchain have covered.

Cryptocurrencies have experienced a steady rise in popularity and adoption, led by Bitcoin.

Furthermore, the blockchain space has massively advanced through the likes of Gold Standard Banking Corporation AG. Thanks to Karatbars and Josip Heit, who is Chairman of the Board at Karatbars, the world can now experience the first-ever blockchain smartphone that uses Voice Over Blockchain Protocol (VoBP) and is famously known as the K-impulse. This smartphone, just like its blockchain laptop counterpart, is completely secure.

Josip Heit is a successful businessman and entrepreneur who was born on December 26, 1977. Heit began his entrepreneurial journey at a relatively young age and founded his first company in 1990 after he moved to Germany with his family. He has since been actively involved in both the precious metals and the finance industry. Heit also owns two precious metals mines, one in Brazil and one in Madagascar. And, in addition to being the Chairman of the Board at Karatbars, Josip Heit also co-founded the Gold Standard Banking Corporation AG (GSB).

He further added that ”the blockchain’s future is looking promising and, from the year 2020, blockchain-enabled businesses are likely to gain an estimated 35 percent more income quarterly. To fully implement blockchain into businesses, cryptocurrencies will have to be used for transactions.”

Blockchain has been in real estate and healthcare with massive success and drastically increased income. Agriculture, fashion, and raw material industries are closely following in this line, and the transition will happen very soon. According to Josip Hiet, ”no industry has not tried Blockchain. Blockchain is the key to every industry, with the creation of a secure and digital network.”

Heit has been involved with Karatbars since 2017, and he helped Karatbars to transition to the next level by applying blockchain to its business. Karatbars has been praised for modernizing natural resource transactions, and it offers secure transactions for its clients.

While he was relating raw material industries to blockchain, Heit said that ”raw material industries need to back themselves with blockchain to realize their full potential.” In situations where blockchain is not incorporated, companies, especially those in the raw materials industry, are sooner or later going to be faced with outdated and disruptive supply chain networks that will succumb to expensive and slow delivery of services. This, in turn, will expose companies to numerous risks.

Blockchain transactions, on the other hand, have reduced the bulk of paperwork that was traditionally involved in the transaction processes. At the moment, the world can enjoy simplified and up to date transactions that are the result of blockchain incorporation into the raw materials industry.

With blockchain being a linear process, all the dealings can be tracked and monitored, right from the point of origin to the very final consumer. The implementation of crypto and blockchain benefits businesses and consumers. Blockchain provides a secure means of digital record-keeping based on a decentralized system. Additionally, the security is further enhanced by multiple copies being distributed over a wider network.

The shared ledger created with cryptocurrencies and blockchain outweighs the traditional ledger that is bound to be manipulated due to the centralized system it’s in.

The application of these two technological advances in any industry results in processes that are cheaper and simpler. Security issues resulting from wrong audit procedures and transaction intermediaries are also eliminated.

Blockchain has the peer to peer network, which automatically monitors transactions; the system ensures that there isn’t a security breach. Blockchain and cryptocurrency adoption in major global industries will ensure safety, efficiency, and fast service delivery beyond borders.