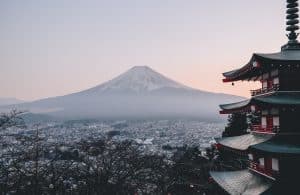 Japan is one of the world leaders in blockchain development and blockchain communities as aspiring projects crop up every day in the supposed “Satoshi’s country of origin”. Japan became one of the first countries (if not the first) to regulate cryptocurrency activities including exchanges, institutions and funds giving businesses a definite framework to work with. Furthermore, the increasing user base across the country makes the country one to watch out for in the coming decade.

In this article we will focus on Japan’s cryptocurrency ecosystem and why the country is one to watch out for in 2020.

Cryptocurrency institutions and those dealing in crypto in the island nation are heavily regulated by Japan’s Financial Services Agency (FSA) following a history of hacks including the infamous Mt. Gox episode. With the reopening of the BitFlyer exchange to new customers in July 2019, rise of Bitbank, a JPY-to-crypto exchange that does not charge any fees on trading and deposits,

Despite reports showing the domestic population is turning away from crypto, institutions are increasingly getting into the field of blockchain such as Rakuten. With the blockchain institutional investment expected to soar in the coming year, having a regulated crypto environment adds appeal to Japan as the preferred destination given pressures from the blockchain islands.

Rakuten’s entry to blockchain and crypto

Despite the general downtrend in interest amongst retail traders in the country, Japan’s Amazon and largest retailing store, Rakuten, announced its Android wallet in August allowing users to store and trade Bitcoin (BTC), ether (ETH) and bitcoin cash (BCH) against the Japanese yen.

Recently, the retail giant announced they will be converting loyalty points bonus to the three cryptocurrencies (BTC, BCH, ETH) which provides a gateway for new entrants in the industry.

The Bitcoin block reward halving is expected to reduce supply of BTC and in tandem increase price, will Japanese investors turn to the asset as a safe haven in 2020?

All in all, the current blockchain and crypto growth in Japan is outpacing most of the developed nations and 2020 may present an even bigger year for the industry. Hold on tight!

The post Japan Is One Of The Top Crypto Destination To Watch In 2020 appeared first on Coingape.