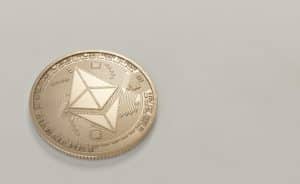 Two successful forks at the end of 2019, Istanbul and the Muir Glacier update on 2nd January and healthy market fundamentals is the best way for Ethereum to start the year. The second largest cryptocurrency currently trades at $134.68 USD, representing a 5% gain in the last 24 hours as the crypto market reawakened on the Iran-US conflicts. However, it’s against BTC that ETH shows much promise of a possible bull run in the next few days as a golden cross forms on the ETH/BTC pair.

Looking at the higher timeframe charts, ETH/BTC is on the verge of a bullish reversal as a golden cross forms on the daily charts. Having bounced off 0.017300 minor support level on Christmas day, ETH/BTC bulls have gradually gained strength pushing the pair to 0.018230, as at time of writing. The 50 MA line and 200 MA line crossover is imminent signaling a continuation of the current mini uptrend.

Ethereum (ETH) is one of the best accumulators of sats (if not the best) since its 2014 launch and bulls look to continue the trend in the coming days. ETH/BTC crossed above the 20-day Bollinger bands with the mid-line providing a new support level for the pair. The daily relative strength index (RSI) is currently oscillating on the middle band with a bullish trajectory, signaling a possible hike in the near future.

A break above key resistance at 0.019290 BTC, which borders the upper resistance of the BB on the daily candle charts, will immediately signify the start of a bullish run on Ether. However, two key factors are set to affect the price of ETH/BTC in 2020, without market factors coming into play.

While market factors favor a long term growth on ETH/BTC, the upcoming Bitcoin block reward halving in May and Ethereum’s Serenity (ETH 2.0) update expected to kick off in 2020, will be key factors in the future price of the pair.

Bitcoin halving is expected to be complete in mid-May with the previous halving events causing a bullish run months before the event. However, current market signals shows the pioneer cryptocurrency will be entering the halving period in a bearish state, a first for the coin. Will the bulls come out and play heading to the halving?

Ethereum’s move from the proof of work (PoW) consensus algorithm towards a proof-of-stake (PoS), labeled Ethereum Serenity update, will also play a huge role in ETH’s push towards greater satoshis gains. The blockchain completed successfully the Istanbul and Muir Glacier hard forks offering a platter for the start of Serenity update through 2020. The completion of the update however is not announced yet.

While ETH/BTC technical indicators signal a persistent uptrend in the short term, reverting back to BTC heading towards the halving may increase your satoshis. However, the Serenity update still offers hope for the appreciation of ETH/BTC, be on the lookout.